The Journal of the American Medical Association published a study on Dec. 30 on the correlation between automobile plant closings and deaths from opioid drug overdose. 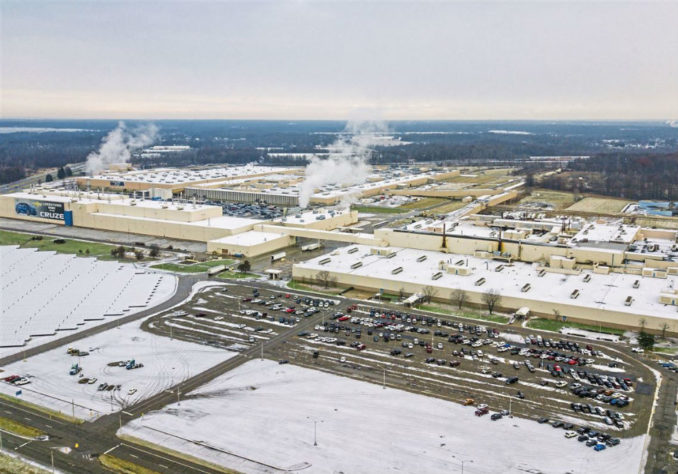 This gigantic auto assembly plant, once a state-of-the-art facility, opened in 1966 with much fanfare. GM permanently closed the plant in March 2019.

The four authors reached the conclusion that “Automotive assembly plant closures were associated with increases in opioid overdose mortality, highlighting the potential importance of the role of declining economic opportunity in the U.S. opioid overdose crisis.”

The study covered 112 counties with a manufacturing-dependent economy, all of which were within commuting distance of one or more vehicle assembly plants. Comparisons were made between counties “exposed” and those “unexposed” to plant closings between 1999 and 2016. Communities impacted saw a rate of opioid overdose deaths 95 percent higher than the national average of 12 deaths per 100,000 people.

The figures combine deaths from prescription opioids and illegal substances such as heroin. Overdose deaths from non-opioid drugs such as cocaine were not included. Nonfatal overdoses were not part of the study, but logic would suggest that those too would be higher in areas around closed plants.

During the years covered by the study, Ford, General Motors and Chrysler (now FCA) closed 22 assembly plants, 15 of which were in counties studied. The full impact of plant closings is much greater, however, as many plants had already been closed beginning in the late 1970s.

In addition to assembly plant closures, the Detroit auto companies and their spin-offs (such as Delphi and Visteon, created when GM and Ford spun off a number of parts plants) have also closed many other types of plants — foundries, electronics plants, stamping plants, tooling builders, etc. — as well as warehouses.

New plant closings have also taken place since the end of the study in 2016, including GM’s sprawling assembly plant in Lordstown, Ohio.

Pauperization of the working class = death

As the JAMA study demonstrates, the use of drugs as a means of escape has risen because of the pauperization of the working class.

Capitalist restructuring, from the high-tech revolution of the 1980s to today’s gig economy, has made the whole working class poorer. Official unemployment statistics mask the number of workers who are discouraged, underemployed or part of the working poor. Poverty remains highest in communities of color, and the world has witnessed the “feminization of poverty.”

Once-thriving industrial cities, towns and rural areas have been devastated by the closure of factories, mills, mines, hospitals, shopping malls and more. This is where some of the highest rates of opioid and other drug-overdose deaths occur.

Ohio, part of what was once called the Steel Belt and is now called the Rust Belt, is a prime example. Montgomery County, home to one of the closed GM assembly plants included in the study, had the highest rate in the state of overall overdose deaths from opioids and other drugs — 56 per 100,000 population from 2012 to 2017.

Overdose deaths in Cuyahoga and Summit counties — both ravaged by closings in the auto, steel, rubber and machine tool industries — averaged 28.5 and 31.6 per 100,000, respectively, over the five-year period.

Overdose death rates in the counties most affected by the GM Lordstown closing, Trumbull and Mahoning, stood at 42 and 30.3 per 100,000. Warren and Youngstown were already hard hit by steel mill shutdowns. How many more will die now that the GM plant has closed? (odh.ohio.gov)

By cutting thousands and thousands of jobs, the capitalist ruling class has contributed to the rise in drug overdose deaths. At the same time, Big Pharma has made billions in profits by flooding the market with overprescribed, highly addictive opioid pain medications. This abuse has led over 2,000 state, local and tribal governments to file lawsuits, with Cuyahoga and Summit counties the first nationwide to win a settlement. (tinyurl.com/yedsg4t5)

Meanwhile, money that could be used to treat substance abuse is instead dumped into the $738 billion Pentagon budget.

Opioid overdose deaths are preventable. This is one more reason why the profit system must go!