On Dec. 19, over 60 demonstrators at the University of Pennsylvania in Philadelphia denounced India Prime Minister Narendra Modi’s policies, which pose immediate threats to Muslims. 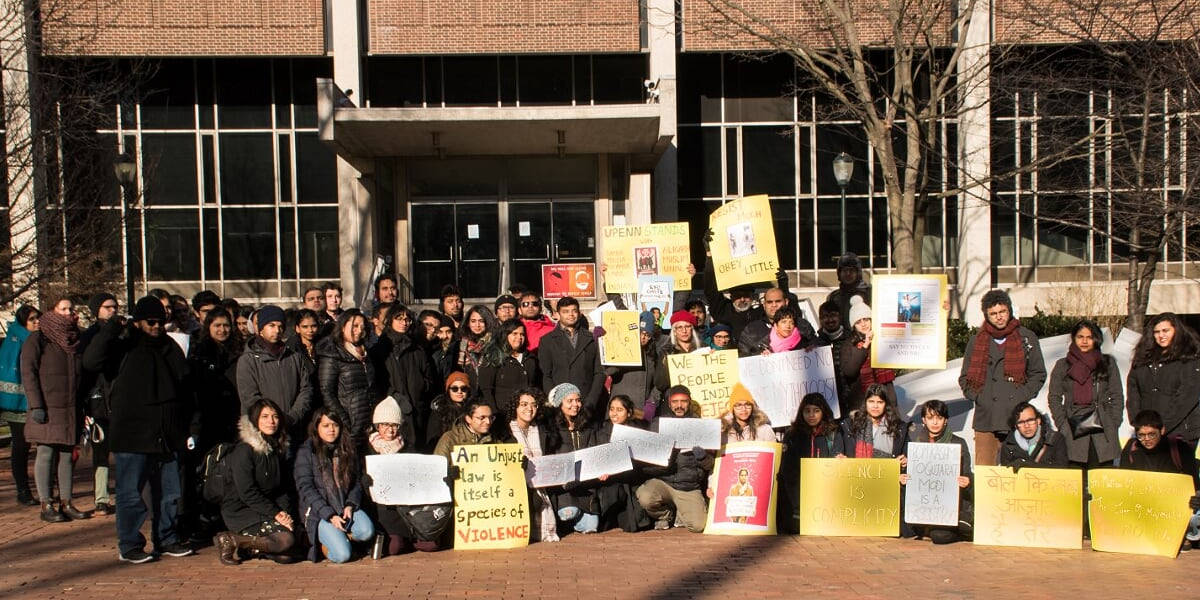 Speakers, signs and chants criticized passage of a discriminatory amendment to India’s citizenship laws and the creation of a national registry of citizens. Critics say the register can be used to disenfranchise, incarcerate or deport large numbers of Muslim citizens in India. The Citizenship Amendment Act, combined with the National Registry of Citizens, will effectively make millions of poor Indian Muslims stateless.

Millions have taken to the streets in India to protest Modi’s latest moves. The government’s response has been to try to suppress dissent by imposing curbs on public gatherings. Indians are defying bans on assembly in many cities, leading to clashes with police that have left nine protesters dead. (tinyurl.com/uww8sum/)

The Indian government has also instituted internet service outages in an attempt to stop the recent protests. India has reportedly imposed the highest number of internet blocks in the world this year — over 95. In Indian-occupied Kashmir, broadband and mobile data services have been blocked for more than four months. (tinyurl.com/r6m3zfr/)

The Philadelphia Chapter of the Coalition Against Fascism in India organized the rally. CAFI is asking South Asian students across the U.S. to sign a statement decrying the fascist acts of the Indian State: https://bre.is/5XGgmU2r/.