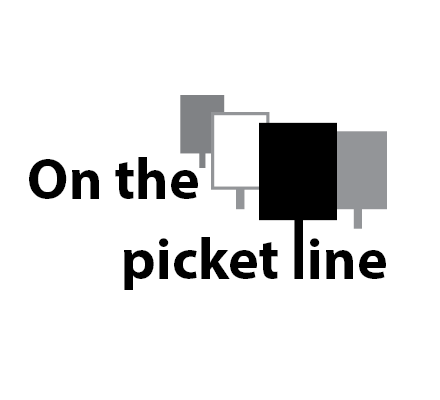 On Aug. 12, more than 57,000 health care workers at Kaiser Permanente in California authorized an unfair labor practices strike, set for early October. They were joined by 26,000 Kaiser workers in other states. That would have been the biggest U.S. strike since the Teamsters’ walkout at United Parcel Service in 1997. The last contract for members of the Service Employees-United Healthcare Workers West (SEIU-UHW) expired Sept. 30, 2018. In December 2018 the National Labor Relations Board (no friend to labor) charged Kaiser with failure to bargain in good faith.

The workers accuse Kaiser of putting profits before patients. Not only did Kaiser bank more than $5.2 billion during the first half of 2019, the company sits on $35 billion in reserves. Kaiser gave its CEO a $6 million raise to $16 million a year and pays 36 executives a million or more a year. Meanwhile, Kaiser provides very little care to Medicaid patients, far less than nonprofit health systems, though it gets huge tax breaks for “working in the public interest.”

After a year without a contract, the strike threat worked. Some 57,000 workers in California overwhelmingly ratified a 4-year contract on Oct. 16 that includes 3 percent yearly raises and protected benefits and establishes a $130 million fund to recruit and train future staff to deal with huge projected shortages over the next decade. It also revitalized the worker-management partnership to improve delivery of patient care, create better job conditions and lower costs. Critical wins were banning subcontracting and greatly limiting outsourcing of current positions.

Food and Commercial Workers (UFCW) Local 400 has been negotiating for a new contract at Giant and Safeway stores in the Baltimore/Washington, D.C., area for more than two months. Their goals include “wages we can live on, schedules we can depend on, health care we can afford and retirement we can count on.”

But both companies are stalling. They continue to propose starting rates and wage increases for new hires below the starting wage and scheduled increases for longtime employees and department managers — clearly a scheme to create a two-tier pay differential and destroy solidarity. The companies also propose cuts in health care benefits and switching new hires to 401(k) accounts, whose value fluctuates based on the crap shoot known as the stock market, rather than defined benefit pensions, which help guarantee secure retirement. Cerberus Capital Management, the private equity firm that runs Safeway, controls close to $40 billion in assets.

According to a Local 400 statement: “What is standing between us and the fair deal we deserve is the greed of these companies. The only way we are going to get what we deserve is by keeping the pressure on.” Local 400 organized two days of pre-Thanksgiving informational picketing, Nov. 24 and Nov. 26, to inform customers of the companies’ anti-worker aims. (ufcw400.org, Nov. 22) Stay tuned.

After a 7-year class-action lawsuit over wages and working conditions, 38,000 workers at corporate-run McDonald’s restaurants in California will share in a $26 million settlement. The company signed off on the settlement on Nov. 25. According to a Fight for $15 email, the company cheated thousands of cooks and cashiers out of minimum and overtime wages, violating federal and state labor laws. They told employees they couldn’t take meal or restroom breaks and made them pay for uniforms. “But the McDonald’s workers in California stood up for their rights and held the second-largest private employer accountable for breaking the law. This is the most McDonald’s has ever paid to workers for wage theft.” (Nov. 25)

“We’re going to keep fighting until the day comes when we don’t have to sue McDonald’s to get the company to treat us right and pay us fair wages, provide a safe workplace free of sexual harassment and violence, and respect our right to a union,” said Los Angeles worker Rosario Mercado. To tell McDonald’s to stop exploiting employees nationwide and pay them $15 an hour so they can support their families, sign the petition at tinyurl.com/t68xtyd/. End wage theft now!