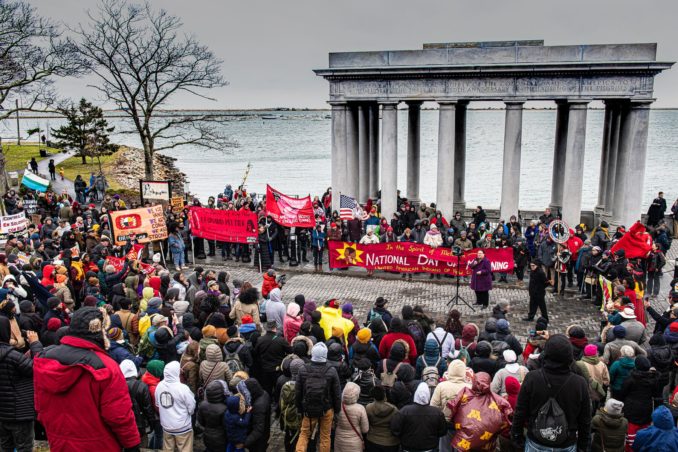 Hundreds of Indigenous people, their allies and supporters gathered on Coles Hill in Plymouth, Mass., Nov. 28 to commemorate the 50th anniversary of the founding of the National Day of Mourning, an appropriate antidote to the racist myth of so-called Thanksgiving and the Pilgrims.

On the mic is Mahtowin Munro, co-chair of United American Indians of New England, speaking in front of the Plymouth Rock memorial. Standing next to her is Moonanum James, co-chair of UAINE and son of National Day of Mourning founder Wamsutta Frank James.

Before marching, the crowd attended a rally, with only Indigenous people speaking. The event culminated in a potluck at a nearby church. The day, organized by UAINE, attracted people from all over the country, especially the New England region. Marchers also traveled from Labrador (Canada), Mexico, the Caribbean and South America to attend it.