Colin Kaepernick, a Black quarterback, has not played in the National Football League for almost three years since he started to kneel during the playing of the national anthem to protest racist police brutality and racial inequality. 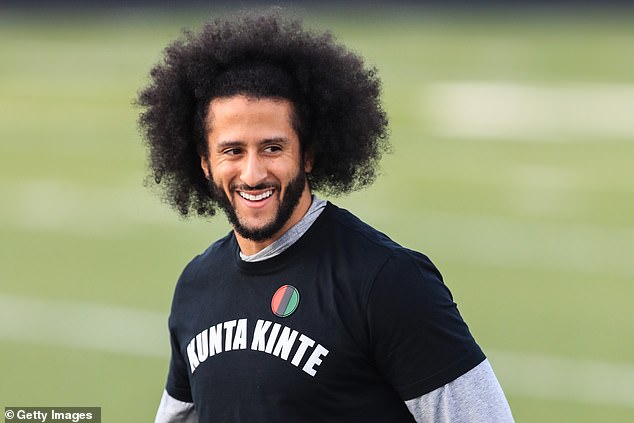 No NFL team has sought out Kaepernick to become either a starting or back-up quarterback for two-and-a-half years. So why did the NFL set up an unexpected workout for Kaepernick on Nov. 16 to perform before 32 teams to see if he could still play? Kaepernick has continually let it be known that he wants to play again.

The “workout” proved to be shady from the very start. First, the NFL gave Kaepernick a two-hour ultimatum to agree to the workout scheduled for a Saturday when most teams are either traveling to or hosting a Sunday game. Most trial workouts are reserved for a Tuesday. The NFL also wanted Kaepernick to sign an unusual waiver heavily loaded against him. According to his lawyers, to recommend that he sign would have been “malpractice” on their part.

A provision in the waiver stated that “in consideration for the opportunity to participate in the workout, the player [releases the NFL from all liability] arising out of, occurring during, or related directly or indirectly to the workout.” (Newsweek, Nov. 19)

In other words, signing the waiver would remove Kaepernick’s right to pursue a legal claim against the NFL if the owners want to permanently keep him from playing.

Howard Bryant, a Black ESPN reporter, stated, “When you are talking about this waiver, you are asking Colin Kaepernick to give up everything, and I think that when you go into a negotiation you are not expected to give up all your rights.” (Newsweek, Nov. 19)

In addition, if Kaepernick had agreed to the terms of the NFL’s workout at the Atlanta Falcons training facility, the NFL would have exclusive rights to the video of the workout, with the possibility of biased editing of the footage; and the media would be excluded from the workout. The NFL would be calling all the shots, including choosing Kaepernick’s receivers.

Many sports critics viewed this workout as a complete sham, especially since none of the 32 teams had shown the slightest interest in Kaepernick because he used the football field as a platform for protest.

Two hours before the workout was to take place, Kaepernick and his team decided to switch locations to Charles Drew High School, an hour away from Atlanta to call his own workout.  (Drew was the Black surgeon who discovered different methods of storing blood plasma especially for casualties during World War II.) Over 100 supporters of Kaepernick gathered near the football field to watch the workout and cheer him on.

Kaepernick wore a Kunta Kinte shirt with a red, black and green emblem, signifying the Black Liberation colors. Kinte was a main character in Alex Haley’s groundbreaking novel, “Roots,” that followed the journey of kidnapped and enslaved African people until they won their freedom after the U.S. Civil War.  Kinte was a rebellious enslaved person whom Kaepernick identifies with.

Out of an estimated 25 NFL team representatives supposedly committed to view Kaepernick’s workout, only eight showed up once the venue was changed.  Kaepernick went through a one-hour workout with his handpicked receivers and showed he is still an elite quarterback.

Some sports commentators criticized Kaepernick for not bowing down to the NFL and abiding by their rules for the workout. But Kaepernick is aware that there is no equal situation between him as an individual player and the NFL hierarchy representing the interests of the super-rich owners.

Howard Bryant stated, on the Nov. 19 ESPN show “First Take,” that if the NFL does not allow Kaepernick to be the character he is, then the NFL is more concerned with demanding “Black obedience” than in judging Kaepernick on his ability to play.