Some 40,000 Yellow Vest supporters came out in the French streets Nov. 16 to protest in Paris as well as in Lille in the north and Marseilles, Toulouse, Nantes in southern France, according to organizers. It was the one-year anniversary of the start of their movement.

While the weekly Saturday Yellow Vest protests had stopped, workers and the poor in France showed they are still angry.  The demonstrations were militant; many were vigorously and quickly attacked by the cops, who declared them illegal. 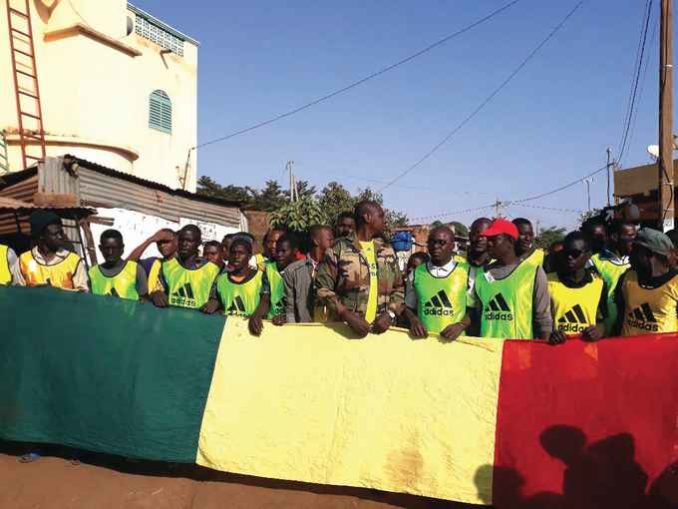 President Emmanuel Macron’s government has spent $19 billion in tax breaks and subsidies for lower-income workers in France. This concession is on the average about $900 per family — that is, not much.

During the weekly Yellow Vest protests throughout much of last year, cops severely and deliberately injured over 2,000 people, blinding dozens. Few cops face charges for these vicious attacks — and certainly no one who gave the orders for them.

Macron spent months holding town-hall style meetings through areas of France where support for the Yellow Vests was the strongest to try to weaken support for the movement.

Macron has remained true to his role as an investment banker for Rothschild & Co.  He has removed the wealth tax that was directed toward the wealthiest of the wealthy. He is trying to “reform” France’s retirement system so people have to work longer, pay more into it and get lower pensions. He has cut spending on social services and medical care, especially emergency services.

When French TV asked protesters on Nov. 16 why they came, the most common answer was that nothing essential had changed.  Macron still favored the rich and attacked the long-standing gains of the workers and the poor. A significant number of protesters demanded “the end of capitalism.”

Impact of the Yellow Vests

The newspaper Le Monde occupies the same space in French journalism as the New York Times does here. Le Monde quoted a protester who put the Yellow Vest movement in the international context: “Anger is growing worldwide as workers are becoming enslaved.” (Nov. 16)

Besides its impact in France – where over 60 percent of the public support its demands, even if they have reservations about its tactics – the Yellow Vest movement has had a major impact on Francophone West Africa.

In Mali, when people’s militias set up nighttime patrols to protect their communities against raids by Boko Haram affiliates, they wear yellow vests to show whose side they’re on.  When a demonstration against extending the term in office of parliamentarians was held in Bamako, Mali’s capital, participants wore yellow vests. Djibril Camara, one of the organizers, explained:  “We are wearing the vests because we were inspired by what is happening in France.” (maliactu.net, Dec. 6, 2018)

The French TV channel, TVMonde5, has a special report on the impact.  (tinyurl.com/ryba9yr/, in French)

The report starts with a quip from the Ivory Coast army that it is prepared to send a brigade to Paris to help the French army put down the “unrest,” in return for French “help” in Yamoussoukro, the capital of the Ivory Coast. It goes on to interview Guy-Marius Sagan, a spokesperson for the Senegalese FRAPP (Front for an Anti-Imperialist Popular and Panafrican Revolution) and Yacouba Katilé, secretary general of the Nation Union of Malian Workers (UNTM).  Both Sagan and Katilé express support for the Yellow Vest struggle for their democratic rights and against French authoritarianism.

The Yellow Vest protests on Nov. 16 are seen in France as a warmup for the union-called general strike on Dec. 5 against Macron’s so-called retirement reforms and his cuts to education and medical care.  There appears to be real feeling that the union movement and the Yellow Vest movement have to be amalgamated.