The Democratic People’s Republic of Korea has rejected the latest proposal by the Trump administration for a summit meeting.

On Nov. 18, the DPRK Foreign Ministry said in a statement:  “Three rounds of DPRK-U.S. summit meetings and talks were held since June last year, but no particular improvement has been achieved in DPRK-U.S. relations. And the U.S. only seeks to earn time, pretending it has made progress in settling the issue of the Korean peninsula. 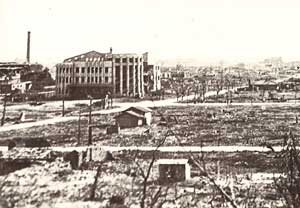 Pyongyang, the capital of DPRK, leveled to the ground by U.S. bombs during Korean War

“We are no longer interested in such talks that bring nothing to us. As we have gotten nothing in return, we will no longer gift the U.S. president with something he can boast of. If the U.S. truly wants to keep a dialogue with the DPRK, it had better make a bold decision to drop its hostile policy toward the DPRK.”

When Donald Trump met with Kim Jong Un, leader of the DPRK, in Singapore in June 2018, it appeared to be a breakthrough in relations between the two countries. Certainly, Trump used the meeting to grandstand, projecting an image of a courageous leader ready to break with the past and resolve difficult issues.

He repeated the gesture this February, meeting Kim in Vietnam. And in June, Trump went to the demilitarized zone dividing the north and south of Korea, daringly putting his foot across the line of demarcation.

But it was all for show. The U.S. has done nothing since then to lower its very real hair-trigger threat of war on the peninsula. 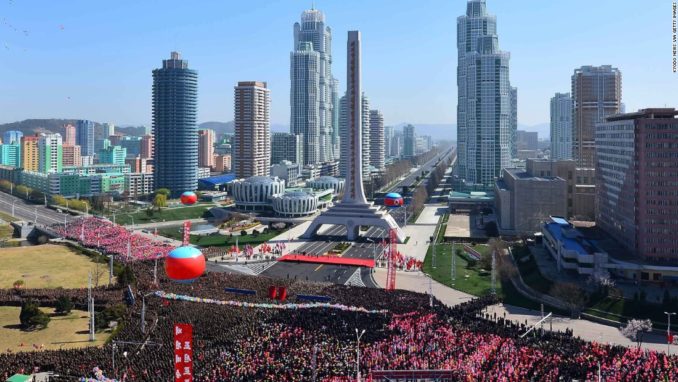 The February summit in Vietnam was broken off when Trump and his hawkish “security adviser,” John Bolton, handed Kim a document that called for “fully dismantling North Korea’s nuclear infrastructure, chemical and biological warfare program and related dual-use capabilities; and ballistic missiles, launchers, and associated facilities,” according to the British news agency Reuters.

Imagine the outrage in the U.S. imperialist military/diplomatic establishment if the scenario had been reversed  — if Kim had handed Trump a document demanding the U.S. dismantle its doomsday weapons that are used to threaten the whole world!

The DPRK has no bases abroad. It is involved in no foreign wars. Its weapons are purely defensive — an absolute necessity in a country that knows what it’s like to be attacked by the U.S. From 1950 to 1953, every building over one story was bombed by the U.S. in one of the most uneven wars in human history.

The DPRK survived because of the people’s iron determination to defend their socialist system. That’s what U.S. imperialism can’t understand — or defeat.