Institutionalized bigotry, be it racism, gender oppression or LGBTQ2S+ oppression, has impacted every sector of U.S. society. The form may vary, but the intent is the same — to promote racial, patriarchal and other divisions to keep the bosses and bankers in power and the multinational working class powerless, with miseducation. 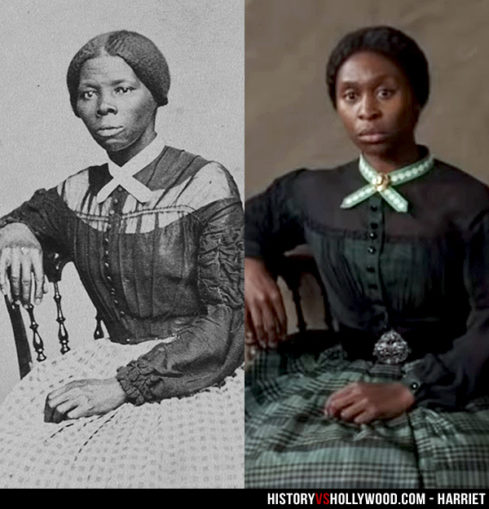 Hollywood movies cannot be separated from this stark reality, especially where cultural racism is concerned. For many years, people of color — be they Black, Brown, Latinx, Native, Arab or Asian — were invisible when it came to being seen at all on the big or small screen (television). And once they got a rare chance to perform, they were forcibly locked into playing meaningless and degrading roles. These portrayals have evolved over time, thanks to social progress, but all too often the results have remained the same. Only the forms of negative typecasting have changed.

The limited roles for people of color in the movie industry reflect that despite any progress made in promoting “diversity” in front of or behind the camera, the fact remains that Hollywood studios — in terms of money and which films get produced — are still controlled by rich, white, male studio executives.

Therefore, it is within this historical and political context that whenever a progressive film comes out of Hollywood, especially if the center of attention is a person of color, it deserves special recognition.

“Harriet” meets those criteria and has gotten rave reviews from critics. Directed by Kasi Lemmons, an African-American woman who wrote and directed the critically acclaimed “Eve’s Bayou,” “Harriet” is a depiction of the former enslaved woman, Harriet Tubman, who became the most famous conductor of the Underground Railroad before the U.S. Civil War. Debra Martin Chase, a Black woman, is the producer of “Harriet.”

Lemmons says about “Harriet”: “[I]t’s a freedom movie; it’s not a slavery movie. It exists in a very perilous and conflicted time in our country, but it’s really about freedom and what you’re willing to do for it — not just for you, but for others. To live free or die is a very powerful concept.” (The Atlantic, Oct. 30)

Harriet escaped from slavery on a plantation in Dorchester County in Maryland in 1848 while in her early twenties. She reportedly rescued 70 or more other enslaved people from plantations on the Eastern Shore of Maryland, including family members.

The screenplay is mainly based on a book, “Bound for the Promised Land: Harriet Tubman, Portrait of an American Hero,” written by Kate Clifford Larson, who was a consultant on the film.

Cynthia Erivo, the Tony award-winning actor from the Broadway musical “The Color Purple,” provides a gut-wrenching, moving and riveting portrayal of Harriet.

The multitalented Eviro will be playing the “Queen of Soul”, Aretha Franklin, in the National Geographic Channel miniseries entitled “Genius: Aretha” approved by the late singer’s estate and to be released in the spring of 2020.

During the ending credits, when they show an actual photo of the abolitionist, there is a striking resemblance between Erivo and Tubman. Eviro co-wrote “Stand Up”, the theme song for “Harriet”.

The movie also stars Tony winner Leslie Odom Jr. as Harriet’s mentor; Vondie Curtis-Hall, the real-life spouse of director Lemmons, as a preacher who helped Tubman escape to freedom; and the pop singer icon Janelle Monáe as a freed woman who befriends and houses Tubman in Philadelphia.

There is one scene that subtly points to the class divide between enslaved and freed women. When Monáe’s character, Marie, first meets Tubman, she tells her to take a bath because she stinks. Tubman proudly rebuffs Marie, telling her that she has never had to deal with the stench of slavery. Marie immediately apologizes to Harriet for her insensitive remark.

The movie has exceeded initial box-office expectations. With an operating budget of $17 million — a mere pittance compared to the usual $100 to $200 million budgets of blockbusters — “Harriet” has made over $23 million at the box office since it first opened widely in theaters Nov. 1. This means that both Black and white people are supporting the film.

The movie’s powerful soundtrack was written by Terence Blanchard and the stunning cinematography was done by John Toll. There is a beautiful scene showing Tubman leading enslaved women, men and children to freedom as the voice of the great Nina Simone singing “Sinnerman” is heard in the background.

But the heart and soul of the movie is Erivo’s marvelous performance. There isn’t one moment throughout the film that you don’t believe she is actually Harriet Tubman or, as she came to be known, “Moses.” The ending scene of the movie shows her leading a squad of Black Union Army troops into battle against Confederate soldiers in South Carolina.

Like any other movie, “Harriet” is not without some controversy. Some have criticized that Tubman is played by Erivo, because she is of Nigerian and British descent. This is an unjustified criticism, since clearly Erivo is a person of African descent.

Another controversy centers around a particular protagonist. Along with the brutal plantation owners who exploited Tubman and her family, there is a Black bounty hunter of runaways: Bigger Long, acted brilliantly by Omar J. Dorsey. Lemmons explains, “In the corrupting system of slavery, there were people who worked for the wrong side.” (BuzzFeedNews.com, Nov. 6) A younger bounty hunter, Walter, played by Henry Hunter Hall – Lemmons’ and Hall’s son — is won over to Tubman’s cause.

Whether the Bigger Long character is historically accurate or not, such traitors to the cause of freedom unfortunately did exist. Dorsey’s character is a reminder that not all roles played by actors of color are heroic, one-dimensional or appealing to all, compared to the ones that Black pioneering actors like Sidney Poitier were forced to play to win over the sensibilities of white audiences.

With all the accolades “Harriet” has won from critics and audiences, the next big test will come with award season in the coming few months. We’ll see if Erivo, Lemmons and the film itself receive Golden Globe and Academy Award nominations. The Academy has a notorious history of excluding the performances of actors of color, especially in the Best Acting categories.

Before she died at the age of either 91 or 93, Harriet Tubman was a supporter of the women’s suffrage movement. She founded a home for infirm former slaves in Auburn, N.Y., where she is buried. In many ways, Tubman gave birth to the current-day Black Lives Matter movement, founded in 2012 by Black queer women after the racist murder of 17-year-old Trayvon Martin in Florida.

Tubman put the fear into white supremacist slave owners everywhere with her daring raids into the South to free her people. She was a friend of the great abolitionist John Brown, assisting him in the plot to raid Harpers Ferry to arm enslaved people. There is a fleeting glance of Brown in the movie once the Fugitive Slave Act was passed.

To quote Larson from the introduction to her book: “Tubman has been guided by an interior life shaped by a particular slave experience. Suffering under the lash, disabled by a near-fatal head injury, Tubman rose above horrific childhood adversity to emerge with a will of steel. Refusing to be bound by the chains of slavery or by the low expectations limiting the lives of women and African Americans, Tubman struggled against amazing odds to pursue a lifetime commitment to liberty, equal rights, justice and self-determination.”

Hurry to see “Harriet.” You will be inspired, educated and transformed once you see it.