As New York City ends “stop and frisk” police harassment, the city implements another program to target Black and Brown people — the “fare evasion” campaign. Throughout subways and buses, commuters are seeing ads calling for people to pay the $2.75 fare or get ticketed $100. 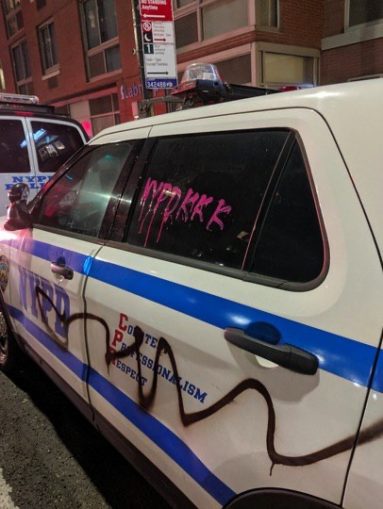 The MTA claims that it is hundreds of millions in debt. Yet it would cost $663 million to put those 500 extra cops on the subway to catch “fare beaters.”

Cops target Black and Brown people, as shown in statistics released by the New York Police Department itself. Some 682 arrests were made in the second quarter of 2019 for “fare evasion.” Of those arrested, 414 were Black people and 175 were Latinx.

All this is a way to police poverty. As the NYPD and the MTA crack down on policing poverty, various instances of resulting cop brutality have been posted on social media.

One video shows the NYPD pulling a gun on 19-year-old Adrian Napier in the MTA as commuters run to take cover. Another video shows the NYPD tackling and punching children at the Jay Street Metrotech stop. Other videos show cops harassing, tasering and brutalizing people over their use of subway cards or because of playing music or just looking wary about being in the subway.

These videos were upsetting to many New Yorkers, who on Friday, Nov. 1, took to the streets of Brooklyn. They called together NYC Shut It Down, the People’s Power Assemblies/NYC, Why Accountability, Take Back the Bronx, Decolonize This Place and the South Asia Solidarity Initiative.

As 2,000 people marched, their rage could be felt in the chants: “No justice, no peace, f–k these racist police” and “How do you spell racist? NYPD.” They called for “NO NYPD in the MTA” and “From the A to the Z, the subway should be free.”

As people continued marching, they ended up at the Hoyt-Schermerhorn subway station, where people jumped over turnstiles on an already packed platform to show the NYPD that they were not afraid and that they will fight back.

As the march ended, people wanted to do more, as shown at a packed People’s Power Assembly/NYC meeting on Nov. 6 in Manhattan. In response to questions on what to do next, the PPA answered that it is backing a campaign for “Full access, full service, no cops, no fare,” and will continue this fight until that is won through peoples’ power. PPA and other groups are planning another action for Nov. 22.