A sentence of life without parole condemns those who receive it to die in prison. Pennsylvania has more than 5,300 residents serving Death By Incarceration, the second highest number of any state.

According to prison abolitionists Quinn Cozzens and Bret Grote, 65 percent of people serving DBI are Black, even though Black people are only 11 percent of the state’s population. (abolitionistlawcenter.org, pg. 17, August 2018) 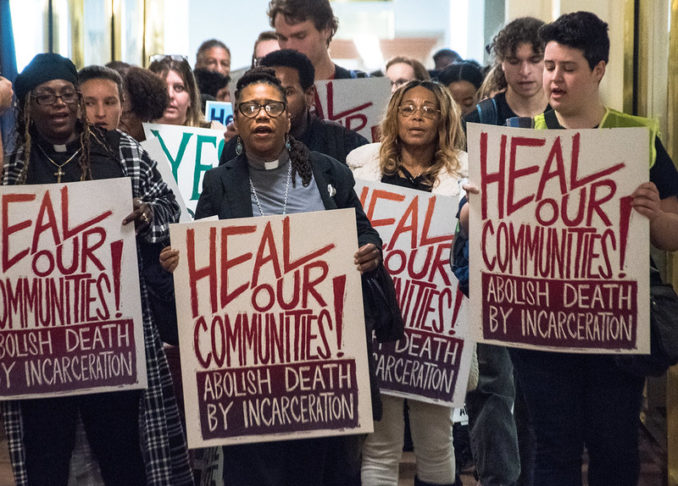 Denying people the possibility of parole, no matter how many decades have passed or how they may have changed, ignores individual human capacity for growth. Twenty five countries have declared life without parole unconstitutional.

Hundreds of family members of incarcerated people, prisoner rights activists and prison abolitionists rallied on Oct. 23 inside the Pennsylvania State Capitol building in Harrisburg, Pa., to tell their legislators to pass a proposed bill that would give those with DBI sentences the opportunity to go before a parole board and make a case for their freedom.

Among the speakers were Lorraine Haw, a Coalition to Abolish Death by Incarceration member, who lost a brother to gun violence and also a son who is serving a DBI sentence. “Me feeling anger and hatred is not going to bring my brother back,” explained Haw. Referring to her brother’s killer, she continued: “Him spending the rest of his natural life in jail, it’s not going to bring my brother back. I fight for his freedom as hard and as much as I fight for my son’s.”