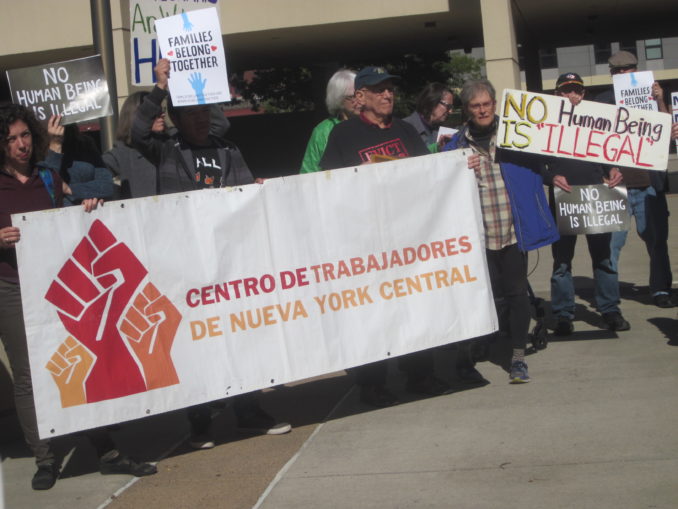 “Up, up with liberation! Down, down with deportation!” rang out Oct. 11 as more than 75 people marched through the streets of downtown Syracuse, N.Y. They were responding to a national call for Close the Camps actions that day to “Stop the war on immigrants, Indigenous peoples and refugees!”

At a rally before the march, longtime local activist Ursula Rozum pointed out connections between white supremacy, crimes of colonization against Indigenous peoples, the enslavement of African peoples and criminalization of immigrants and refugees. She emphasized these crimes were “bipartisan” — neither Democratic nor Republican parties really intended to stop these long-standing injustices. “People’s power is the only answer!” she asserted.