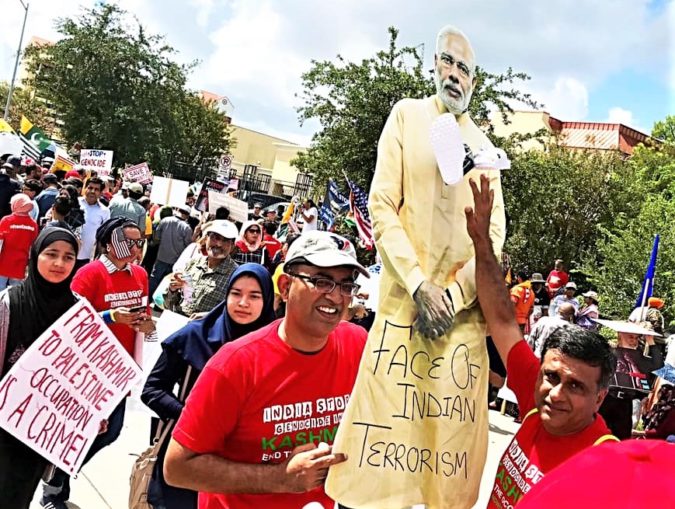 Thousands of people of many nationalities and religions gathered outside the stadium here Sept. 22 to protest the fascist rally held for Indian Prime Minister Narendra Modi and President Donald Trump. Under the guise of signing a trade deal to strengthen economic relations between the countries, both Modi and Trump used their platform to stoke intensifying violence against oppressed peoples. The current Indian and U.S. regimes see one another as allies. Modi, with regard to the India-Pakistan border, and Trump, the Mexico-U.S. border, proclaimed they would use their borders as battlegrounds to keep their countries “safe from terror.”

Both Modi and Trump deliberately left out the terror they inflict. Both heads of state have used religious differences as well as colonial divisions like race, gender, sexual orientation and class to incite violence against minorities. Hate crimes against minorities saw significant increases after the respective elections of Modi and Trump.

The highly organized protest particularly called out Modi for his ties to the Rashtriya Swayamsevak Sangh (RSS), a Hindu nationalist volunteer organization whose founders trained directly under Mussolini in Italy; his gross violations of human rights, religious persecution, extrajudicial killings, police brutality, illegal detention, blatant destruction of the environment in favor of economic gains; and his revoking of Kashmiri sovereignty. Modi found an ally in Trump, who is willing to overlook Modi’s crimes and, in many cases, is committing similar atrocities in the name of empire.

The event with Modi and Trump was titled and advertised as “Howdy Modi.”  However, some 15,000 people in Houston vehemently rejected oppression and monuments to fascism when they chanted, “¡Adios Modi! Liberation for Kashmir!” 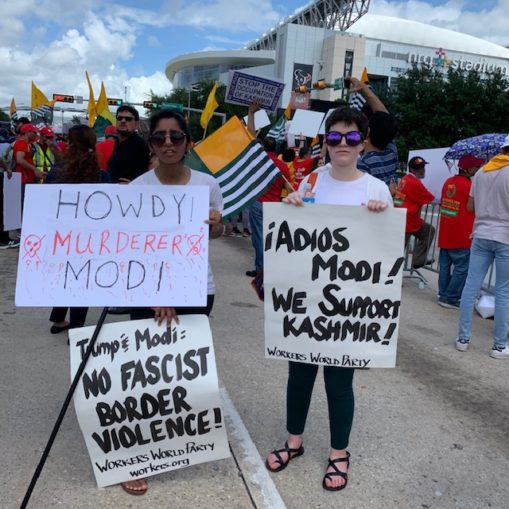