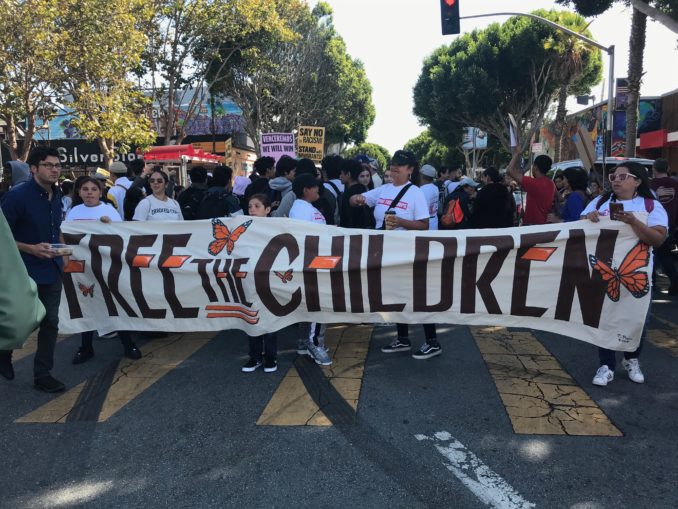 On Sept. 16, more than 3,000 im/migrants and their supporters gathered in San Francisco’s Mission District to demand “Close the Camps” and “Free the Children.” It was organized by a coalition, predominantly in the Latinx community, as “A Day Without Immigrants.”

The event began with a performance by Aztec dancers. Hundreds of students from local elementary and middle schools like Buena Vista/Horace Mann and Cesar Chavez joined the gathering and helped lead the chants. “Si Se Puede” resonated loudly.

The march wound through the Mission District and stopped at City Hall where community activists spoke about the need to organize against the deportations and the attacks on migrants. Later, the coalition held a rally in front of the Immigration and Customs Enforcement office in downtown San Francisco. The coalition has future events planned to fight against attacks on migrants at the border. For more information check out their Facebook page at tinyurl.com/yzf6x8pd/.