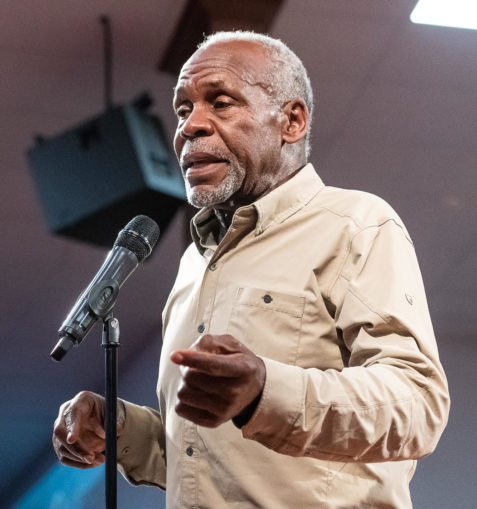 Led by the dockworkers union, International Longshore and Warehouse Union Local 10, Oakland’s Black community is organizing to stop a baseball stadium project from further gentrifying the city and pushing longtime Black residents out.

“The Black community is under siege,” ILWU Local 10 organizer Derrick Muhammad told a recent meeting of the East Oakland Stadium Alliance, “by forces that would like to relocate the Oakland Athletics from the existing Coliseum park in East Oakland to Howard Terminal in rapidly gentrifying West Oakland — and drive us out.

“This is emanating from City Hall, from real estate developers, from the Fisher family that owns the Gap clothing chain … and from a police department that’s working in tandem to drive Black people out.”

Speaking at the influential Acts Full Gospel Church, Muhammad asked, “Why are they building a light rail down East 14th Street in East Oakland? Did any of you ask for that? It reminds me of 50 years ago when they destroyed our thriving West Oakland Black community — pushing us out so they could build BART stations, railroad tracks and a huge postal facility smack dab in the middle of our neighborhood — followed by the loss of factory jobs, the introduction of crack cocaine and a wrecking ball for our homes and mom-and-pop stores.

“Now they are promising 6,000 permanent jobs at a new ballpark, hoping to convince a marginalized, oppressed community to support their project, “said Muhammad. “Ask yourself, ‘How does 82 home games produce 6,000 jobs?’ This is a land grab by the rich. This is the de-industrialization of another major urban center, like they did to Detroit. They even want to grab Howard Terminal, which is part of the working port of Oakland.”

Danny Glover, actor and activist, whose postal worker family also experienced being pushed out of housing by greedy developers in the San Francisco Bay Area, told the church gathering: “We’ve seen too much. We know too much. There was a time when Oakland was 50 percent Black. Now people are living in tent cities. Renters are being forced out.

“The carpetbaggers are coming in, and schools are being privatized. We don’t need more playgrounds for the rich, treating Black people as expendable. We’ve got to fight. We have to take our stand and defeat this new scheme by the rich to steal the people’s land.”