Why is the vast global movement that focuses on the imminent crisis facing the planet — the climate crisis — so consistently steered away from any attention to the largest and most dangerous polluter in the world?

If today every single person in the U.S. stopped driving all of the more than 200 million cars on roads in the U.S. and did many other drastic steps it still would not touch the 1.2 billion metric tons of greenhouse gases of U.S. military emissions, just since the beginning of the 2001 global “War on Terror.” 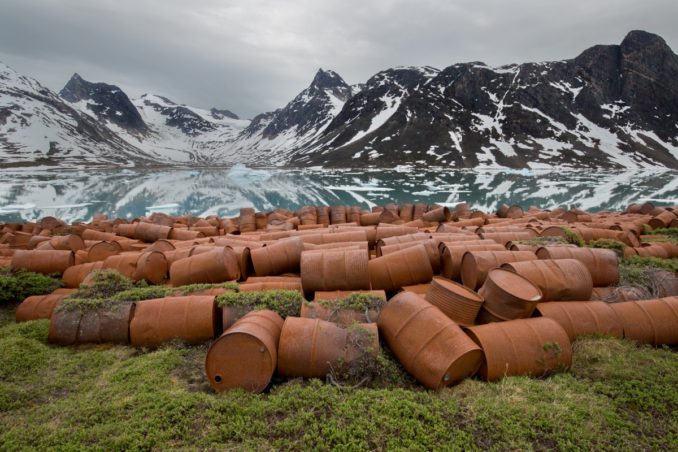 The Pentagon routinely dumps its waste around the world, as it did here in Greenland.

In response to the climate crisis, there is a great deal of attention, publicity and lecturing about small steps that individual people and entire communities can take to recycle waste, drive less, use solar panels, switch to less polluting products and save energy. All of this is good education. But all too often these individual solutions blame and shame people who may not have access to newer or more energy-efficient technologies.

The emphasis on individual action is also an intentional distraction away from attention to the profit system and the main enforcer of capitalist property relations – the entire U.S. military apparatus represented by the Pentagon.

The Watson Institute’s report outlines the ways in which the Pentagon is “the world’s largest institutional user of petroleum and correspondingly, the single largest producer of greenhouse gases in the world.” The Pentagon’s deadly emissions are greater than the emissions of entire industrialized nations.

In an effort to gain U.S. compliance, all U.S. military operations worldwide and within the U.S. have been exempt from measurement and agreements on reduction of emissions since the Kyoto Climate Accords negotiations in 1998. To hammer in place this evasion of responsibility, that year the U.S. Congress authorized a provision explicitly guaranteeing U.S. military exemption from any international climate agreement.

This complete U.S. military exemption includes 800 U.S. bases in more than 130 countries around the world, 6,000 facilities in the U.S., aircraft carriers, jet aircraft and the U.S. armed forces totaling 2 million people. Also excluded are thousands of weapons tests and all multilateral operations, such as the giant U.S.-commanded NATO military alliance and Africom, the U.S. military alliance now blanketing Africa. The provision also exempts U.S./U.N.-sanctioned activities of “peacekeeping” and “humanitarian ­relief.”

The U.S. Department of Defense’s use of all types of fuel comes to 350,000 barrels  a day or 100 million barrels a year. The fuel is consumed by more than 28,000 armored vehicles, 60,000 Humvees, almost 2,000 attack helicopters, more than 3,000 jet fighters and bombers, and vast fleets of Navy vessels, according to the detailed version of the Watson Institute report. (tinyurl.com/y4npyu8u)

The real cost of U.S. wars

Why was it so important to the Pentagon and the U.S. ruling class to get its military omitted from all climate calculations?

If the U.S. global military footprint were included, that would focus world attention with even starker numbers on the main culprit of world pollution. U.S. military strategists, claiming secrecy and security, sought to block this discussion completely in all international forums. 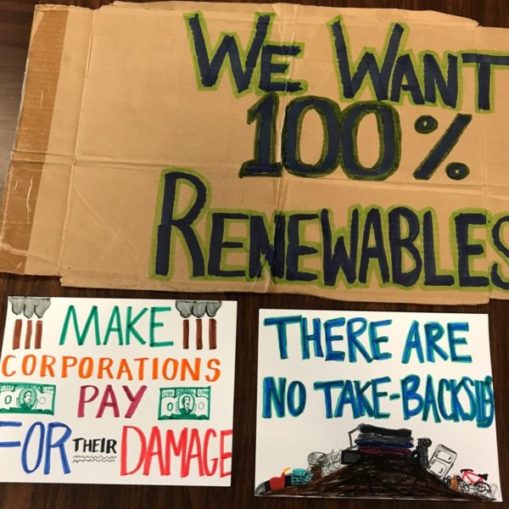 Even without the Pentagon’s enormous carbon impact, the U.S. is the all-time largest emitter of greenhouse gas on the planet. This is true over decades of accumulated industrial pollution and today, according to British-based Carbon Brief.

But measuring only carbon emissions diminishes the drastic level of devastation caused by the U.S. war machine over time. That measurement omits the centuries of impact, massive dislocations and waves of migration caused by U.S. outright wars, economic blockades and “regime change” efforts.

The polluting Wall Street wars-for-profit have spread radioactive waste from depleted uranium weapons and caused environmental devastation from defoliants that last for tens of thousands of years. Laying waste to fertile fields, the wars poison the air and water and create genetic damage for generations. The resulting economic dislocations rip apart whole regions and creates millions of desperate migrants.

The continuing toll of U.S. wars still poison Vietnam and all of Southeast Asia, Yugoslavia and all of Eastern Europe and the Balkans. Forty years of U.S. war in  Afghanistan and 28 years of war and economic sanctions on Iraq and Syria have dislocated millions in Central and Western Asia. Seven months of U.S. bombing totally destroyed Libya and spread U.S. militarism through Africa. Years of secret wars in Nicaragua, Guatemala and Honduras brought ongoing damage to Central America.

The Pentagon war machine is not only the greatest danger to the planet due to its environmental destruction. It is a vast institution, a global machine of terror and repression. It is the enforcer of Wall Street’s capitalist rule. It is a mechanism built in a desperate attempt to lock in place archaic property relations and private ownership of all sources of wealth that could easily provide, if equitably reorganized and redistributed, a healthy sustainable life for all.

Each yearly Climate Change Conference held under the auspices of the United Nations has gathered thousands of international participants, scientists and specialists in many fields. The climate summits have grown into the largest annual international meeting in the world.

But time and again the United States has blocked any binding agreement. The U.S. refused to participate in many meetings, preferring “observer status” as a way to derail agreements. Washington delegates have also rejected the very concept of financial assistance to developing countries dealing with the impact of climate change.

Finally in 2015, the Obama administration agreed to participate in the Paris climate meeting, on the condition that only a nonbinding agreement would be put forward. The European Union and 197 countries, including the U.S., eventually signed the Climate Agreement.

But in 2017 the Trump administration announced U.S. withdrawal from the limited, nonbinding Paris Agreement, declaring that it put U.S. corporations at a disadvantage. The U.S. is the only country to withdraw at this point.

Outside these summits, tens of thousands who understand the impending crisis gather in large climate protests. But the role of the U.S. military as the greatest polluter and climate criminal is seldom raised, and the U.S. role in frustrating climate agreements or concrete goals is hardly a focus.

These demonstrations have been limited by the role of corporate-funded nongovernmental organizations such as 350.org and Avaaz. The result is that only vague generalities, utopian hopes and toothless accords are raised as goals. The demonstrations become mega-media events that quickly fade from memory.

Corporate-funded organizations were prominent in the 2014 People’s Climate March in New York City. Hundreds of thousands gathered before the U.N. Climate Change meeting in what was described as the largest climate march in history. The march had 1,500 endorsing organizations, while countless politicians and celebrities endorsed or spoke, and there were  parallel actions across the U.S.

But this historic march raised no demands. Described as “not a protest,” it was “an invitation to change everything.” Instead, this outpouring quickly ebbed away and changed nothing.

Now, increasingly, the climate movement is radicalizing, especially among young people, who feel the greatest urgency for their future and are the most willing to break with past cautions. There is a search for deeper answers as never-ending U.S. war combines with the desperate, unresolved environmental crisis. The movement has grown sharply anti-capitalist at its base, while the leadership finds it harder and harder to paper over deep economic and social contradictions with vague slogans.

At the 2014 Climate March, there was a determined contingent of Indigenous activists and people from countries targeted or colonized by U.S. imperialism, along with antiwar activists. This contingent did raise the Pentagon’s endless wars as the most dangerous form of global devastation.

This year it is a step forward that the mass actions planned for Sept. 20-27 are called as “Climate Strikes,” evoking the power of workers’ strikes to shut down the machinery of oppression, profit and pollution.

At this time of climate crisis it is urgent that revolutionary organizations  put forth demands that focus on the chaotic failure of capitalism and corporate domination. Demands must include the need to address environmental racism and the need for reparations paid by Big Oil and the very corporations that have reaped billions in profits from uprooting millions of people and making their lives miserable.