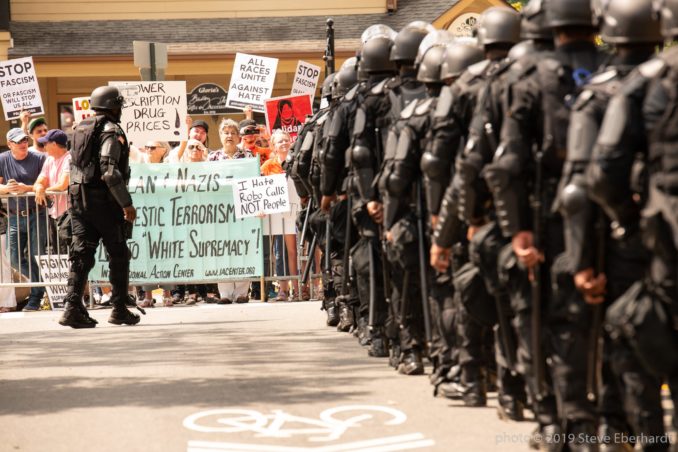 A white supremacist rally that occupied one side of the town square in Dahlonega, Ga., was attended by about two dozen people waving U.S. flags and chanting “USA” in response to Nazi and alt-right speakers.

Some 200 anti-racists, mostly youths, drowned out the fascist rhetoric with their own chants of resistance and unity yelled across the town square. Metal  barricades and some 600 police officers from multiple state, county and local agencies, including scores of riot-geared cops all in black, backed up by overhead drones and a tank close by, protected the hate-mongers. But they failed to deter the multinational protesters from delivering their message of class solidarity.