The climate crisis has surged to the forefront of many discussions recently, from mainstream news networks to everyday conversations between individuals concerned about the alarming state of the climate and environment.

Massive wildfires are raging in Africa and the Amazon. The latter were likely started by wealthy landowners, backed by Brazil’s far-right, fascistic Bolsonaro administration, to clear more land for ranching and development. Iceland’s Okjökull glacier has disappeared. Municipal water sources are running dry in Chennai, the capital of India’s Tamil Nadu state. Hurricane Dorian has just ravaged the Bahamas. These are just a few recent examples of a growing and compounding climate crisis.

Despite the severity of the crisis, developed capitalist nations — which are overwhelmingly responsible for creating the climate crisis — are either not moving fast enough to decarbonize or, in the case of the U.S., are actually moving backward. 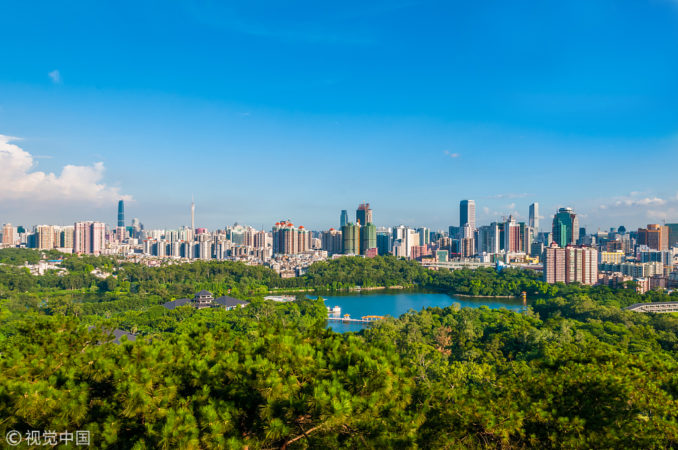 U.S. and Germany spew out emissions

Under the Trump administration, the U.S. has abandoned its climate commitments made as part of the 2015 Paris Accords. In 2018, carbon emissions surged 3.4 percent, the largest increase in eight years, after having fallen slightly since 2005.

Germany, often touted as the gold standard for “green” capitalist countries, has seen its carbon emissions stall at 2009 levels, barely budging in the past decade. It remains Europe’s largest producer and user of coal, which still accounts for over a third of German electricity production, despite it having built more than 30,000 wind turbines over the past two decades. Just 10 nuclear reactors could produce the same amount of carbon-free energy as all the wind turbines in Germany, yet the country decided to shutter its existing reactors as fast as possible after the Fukushima multiple-reactor meltdown, while keeping its heavily polluting coal power plants and mines open.

New coal mines have even been opened in this allegedly “green” country, and emissions from the transport sector have shot up 20 percent since 1995, despite over 20 years of pushing the so-called Energiewende, or energy transition (tinyurl.com/ya23wv6d). German leaders have resigned themselves to the fact that they will not meet their carbon reduction goals in the timeframe originally set out. The path forward for capitalist countries like Germany is murkier than ever.

Yet not all countries are stuck in neutral or reverse when it comes to addressing the climate crisis. Socialist countries with economies that incorporate significant degrees of public ownership and economic planning, like Cuba and China, have proven capable of making rapid, drastic changes, the kinds of changes necessary to keep the environment from facing total catastrophe.

According to a report by the Cuban Ministry of Agriculture printed in the newspaper Granma, the nation has nearly tripled its forested area in the socialist period that began in 1959, from 13 percent to over 30 percent today. (tinyurl.com/y6qgbmkw)

The World Economic Forum reported last year that China deployed 60,000 troops to plant millions of new trees, targeting heavily industrialized Hebei province, which has been the source of much of nearby Beijing’s air pollution woes. The government plans to increase the forested area of Hebei province to 35 percent by the end of 2020. It also seeks to increase forest cover to 26 percent nationwide by 2035. From 1990 to 2015, it added half a million square kilometers of forest area, with a goal of adding 4.5 million square kilometers by 2030. This amounts to new forested areas the size of Ireland — part of a “Great Green Wall” to hold back desertification and clean up the country’s air. (tinyurl.com/y4rdavoo)

The early results are not going unnoticed. Since the mid-1990s, NASA satellites have observed an overall increase in global foliage, with China being largely responsible. “China’s outsized contribution to the global greening trend comes in large part (42%) from programs to conserve and expand forests. These were developed in an effort to reduce the effects of soil erosion, air pollution and climate change.” (nasa.gov, Feb 11)

Meanwhile Canada, which like Germany is often held up by the corporate media as an example of a “green” capitalist country, contributes more to the deforestation of primary, untouched woodland than any other country. A 2014 study by the University of Maryland, Greenpeace, the World Resources Institute and other groups found Canada responsible for 21.4 percent of the world’s total forest degradation. “There is no political will at federal or provincial levels for conserving primary forests,” Peter Lee of Forest Watch Canada told Canada.com. “Most logging done in Canada is still to this day done in virgin forests.” (tinyurl.com/y375ovp6) 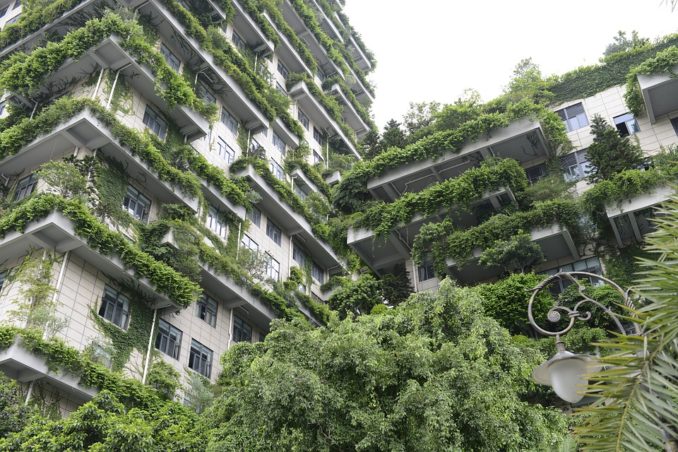 Political will (or lack thereof) forms the underlying cause of both the capitalist West’s inability to address the climate crisis and socialist nations’ ability to act in a big way on environmental issues. After announcing a “war on pollution” in 2014, major Chinese cities have achieved an average 32 percent reduction in air pollution. While the Western media pumped out sensationalized story after story on Beijing’s infamously smoggy skies, they’re almost silent now that blue skies are the norm in the Chinese capital. Yet the remarkable, rapid cleanup of Beijing’s air (and the air in virtually every other Chinese city) should be headline news in all the world’s papers, because it presents a real environmental success story that other countries can learn from, especially developing countries.

In a scholarly article titled “China: Reform and Revolution in the People’s Republic,” Ajit Singh of the University of Manitoba quotes Michael Greenstone, director of the Energy Policy Institute at the University of Chicago: “We don’t have a historical example of a country achieving such rapid reductions in air pollution. It’s remarkable. What these last four years have demonstrated quite loudly is that things can change and they can change rapidly — it just requires political will.” Singh adds, “China is quickly becoming the world leader in environmental protection. In 2017, China led the world in renewable energy investment — accounting for 45 percent of the global total — and produced over half of new global solar capacity.” (United Nations Environment Programme, 2018)

Another more controversial part of China’s overall strategy to combat global warming is its growing use of nuclear energy. This sets it apart from Germany and many other Western capitalist countries, which have chosen to move away from nuclear power. Yet the evidence is clear: China has made rapid progress on the environment while capitalist states have not, and nuclear energy plays a key role in this.

Nuclear reactors produce massive amounts of carbon-free energy, and can be built much faster and with far fewer resources than relying solely on wind and solar, which require huge amounts of land, steel, concrete, silicon and rare earth metals. The waste products from installing wind and solar contain toxic heavy metals that are often dumped in poor countries like Bangladesh. (tinyurl.com/ycxf5dsq)

Chinese cities like Shenzhen are moving to all-electric transportation systems. For example, all the buses in Shenzhen, some 16,000, are now totally electric, along with its 21,000 taxis, making the city quieter and cleaner. (tinyurl.com/ybyjgd4y) But electric vehicles are only as clean as the energy they’re charged with; charging an electric vehicle with electricity produced by coal actually produces more pollution than a conventional vehicle with a gas- or diesel-powered combustion engine.

Surrounding Shenzhen, however, are four nuclear power plants, which supply the massive amounts of electricity necessary to charge the city’s electric buses and taxis and provide a modern standard of living for its people, all without producing any carbon emissions or particulate air pollution.

With 800 million Chinese people lifted out of poverty in the past several decades, the country’s energy needs are increasing, requiring rapid and massive increases in electricity production to keep up with demand, which nuclear power plays an increasing role in meeting.

After the 2011 Fukushima incident in Japan, China paused all nuclear construction and conducted a thorough safety review. Earlier this month, China’s State Council Information Office issued a white paper on nuclear safety, highlighting the measures the country has undertaken to guarantee a safe supply of carbon-free nuclear power and reflecting on the areas that still need addressing.

“China chooses to continue the development of nuclear power in order to better protect the environment,” reported China Global Television Network on Sept. 3. “In the wake of the Fukushima nuclear accident, the Chinese government organized a nine-month safety inspection of the country’s operating nuclear power plants, those under construction, research reactors, and other key nuclear facilities. China has also been ensuring nuclear safety through round-the-clock radiation environment monitoring. The country has established a three-tier radiation environment-monitoring system at state, provincial and municipal levels. Safety levels at China’s nuclear power plants are now the highest in the world, Xue Xiaogang, president of the China Institute of Atomic Energy, told CGTN in an exclusive interview.” (tinyurl.com/yyrrcnsf)

Engineered and built domestically by China’s publicly owned industries, the new reactor types move away from the reactors designed by for-profit private Western companies, like the GE-built reactors at Fukushima. Last year the Shidao Bay nuclear power plant in Shandong province, a joint venture by China Huaneng Group, China Nuclear Engineering & Construction Group (both publicly owned industries) and Tsinghua University, completed the world’s first fourth-generation reactor, a high-temperature, gas-cooled reactor (HTGR) that cannot suffer a meltdown and does not create a radioactive coolant. (tinyurl.com/bnkqks7) This is because it uses helium as the coolant, which does not become radioactive, unlike the water coolant used in other reactor types.

The plant will ultimately feature 10 reactors of this type and the technology is expected to be exported. As part of China’s Belt and Road Initiative, up to 30 reactors will be built around the world, opening up huge amounts of carbon-free nuclear energy to many developing countries that face acute electricity shortages and rely on heavily polluting coal for their electricity needs.

On Hainan island, China is planning a small modular reactor (SMR), which can be inexpensively mass-produced in factories to exacting standards and can provide reliable, carbon-free electricity to remote areas or localities with limited resources. China is also exploring the development of molten-salt reactors (MSR) and reactors that use thorium instead of uranium as fuel, which could offer many benefits in terms of safety and fuel efficiency. MSRs cannot melt down, plus thorium is less radioactive than uranium, with a much shorter half-life, and is about three times more abundant. (tinyurl.com/y5c2kvcj)

China’s medium-term strategy is to create a “closed loop” fuel cycle, building reprocessing facilities with French expertise that recycle spent nuclear fuel into new fuel, both effectively dealing with the waste issue and largely eliminating the need for new uranium inputs from mining.

Nuclear power isn’t a silver bullet and the country’s nuclear regulators freely admit that there are issues which remain to be addressed and improvements to be made. Nuclear power forms just a part of the energy mix which China plans to use to overcome the climate crisis.

The climate crisis presents a key test by which we can compare the effectiveness of capitalism versus socialism. The results are there for anyone to look at. Given that countries like China and Cuba are far less developed in general than countries like Germany, which have enriched themselves by centuries of imperialism and colonialism, the progress they have made is truly remarkable. Poorer capitalist countries in the global south, like Brazil and India, have not made the same progress and today deal with rampant air pollution and massive deforestation.

The facts are clear: The only path out of the climate crisis lies with socialism.