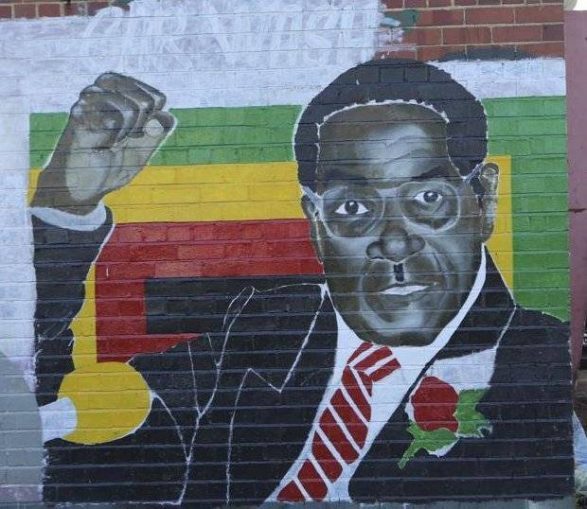 When Robert Mugabe, the first democratically elected president of Zimbabwe (formerly white supremacist-governed Rhodesia), died on Sept. 6 at the age of 95, every pro-imperialist, bourgeois media united in demonizing him as a “tyrant” and “dictator” in the most vile manner. Mugabe has even been accused of starving the masses, as if he single-handedly caused systematic droughts in the southern African region that are due to the global climate crisis. This begs the question: Why does the ruling class hate Mugabe so much?

For progressives, socialists and communists, it is important to defend this great revolutionary leader for the contributions he and others like him made to the ongoing struggle for national liberation of the entire African continent. Africa, including Zimbabwe, deserves reparations for the unpaid debt due from the  centuries-long super-exploitation of colonialism and imperialism rooted in the monstrous Trans-Atlantic slave trade.

The following is excerpted from a talk given by Moorehead at a Dec. 21, 2017, forum, “How imperialism undermined Zimbabwe,” following Mugabe’s resignation from the presidency. Read other excerpts at tinyurl.com/y5jwf4m4. 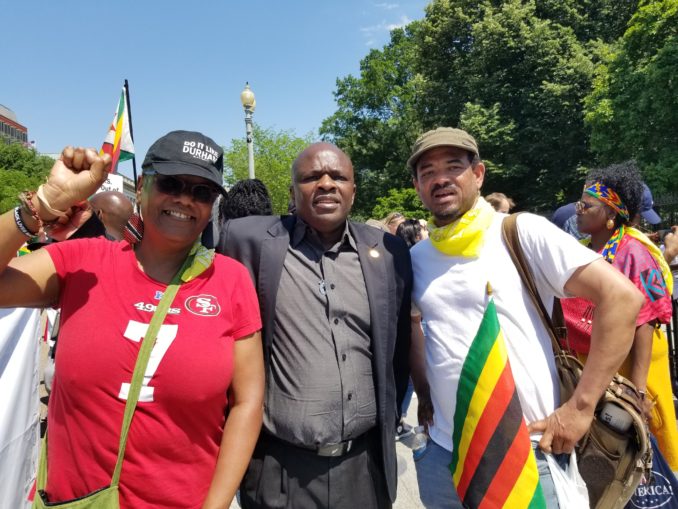 The Berlin Conference in 1884-85 — the “Scramble for Africa” conference — is where the European capitalist countries met to carve up virtually the entire African continent in order to expand their markets for profits by super-exploiting African labor and plundering its super-rich mineral resources.

In the case of Zimbabwe, it was Cecil Rhodes who became the British colonizer of what was called Rhodesia in the late 1800s. Rhodes established the DeBeers Mining Company, known for its stolen diamonds from Zimbabwe. He treated the entire country as his private slave plantation, with the backing of state brutality.

By 1914, white settlers, numbering just 23,730, owned slightly more than 19 million acres of land in Rhodesia, while an estimated 752,000 Africans occupied a total of 21,390,080 acres of land. (“A brief history of land in Zimbabwe: 1890-today,” focusonland.com)  Eventually thousands of white farmers (colonizers) carried out a systematic campaign of wars and massacres to uproot the Indigenous African population from their lands.

Ian Smith was proclaimed prime minister of Rhodesia in 1964 and confiscated 6,000 acres for himself. His apartheid policies codified white farmers’ use of the land for commercial farming of crops like tobacco to be sold as commodities on the world capitalist market. So while these farmers were enriching themselves, the people of Zimbabwe faced starvation and were reduced to being “tenants” on their own lands.

Carrying forth the legacy of the first two phases of the liberation struggle, the Third Chimurenga (liberation struggle) created two fronts which arose in the late 1960s — one was ZANU (Zimbabwe African National Union) led by Robert Mugabe and the other was ZAPU (Zimbabwe African People’s Union) led by Joshua Nkomo. These two guerrilla factions joined forces as the Patriotic Front to force the Smith government to the negotiating table in Britain and to sign the 1980 Lancaster House Accords, which was a compromise that supposedly held the British government accountable for financially compensating white farmers so that Black farmers could reclaim their lands.

A large sector of those who fought for the liberation of Zimbabwe were landless Black farmers or war veterans. Twenty years later, these same war veterans pressured the Mugabe government to remove the commercial farmers, by force if necessary, because the British government had reneged on the Lancaster accord.

Mugabe then established a radical land redistribution program, allowing war veterans to take back their stolen lands, including by force.

Tony Blair and George W. Bush imposed sanctions on Zimbabwe starting in 2002 as an act of war against the population. These sanctions [that still exist today] slashed fuel and food subsidies with the aim of turning the masses against Mugabe by making him the scapegoat for any economic hardships imposed by imperialism.

Why have U.S. and British imperialism hated Mugabe? Mugabe is a former leader of a national liberation movement that helped to bring an end to a racist, apartheid-like regime. He backed the war veterans taking back their land from the white colonizers and was unapologetic about doing so. With all his political contradictions, Mugabe was willing to stand up against U.S. and British imperialists.