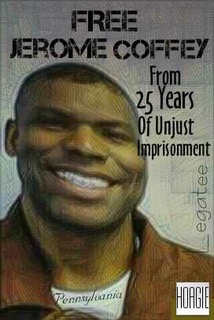 After almost three decades in the jurisdiction of the Pennsylvania Department of Corrections, I see more criminal justice reforms being proposed by Pennsylvania state legislators. From governors Robert Casey (1987-95) to Tom Wolf (2015-present), when I read these current proposals by some of the Pennsylvania legislators — Republicans and Democrats — it’s déjà vu all over again.

Allow me to give the historical backdrop. First and foremost, see through the political con games and fear-mongering that politicians have used for almost three decades to pass draconian legislation in Pennsylvania; for example, conservative politicians’ doublespeak with Willie Horton and super-predator propaganda tactics. And the Pennsylvania District Attorneys Association (PDAA) and the Pennsylvania State Corrections Officers Association attempt to persuade the Pennsylvania State Parole Board to reevaluate parole applications, in particular violent offenders, and keep them incarcerated after they show signs of rehabilitation.

District Attorney Larry Krasner, a progressive, removed the Philadelphia district attorney’s office from the PDAA. Krasner said “he believed that the Pennsylvania District Attorneys Association was at least partly responsible for an explosion in the state’s prison population over several decades, and that it continues to back ideas that would make the problem worse.” (Philadelphia Inquirer, Nov. 16, 2018)

In Pennsylvania, the majority of state prisons are in economically disadvantaged rural communities. In fact, from 1987 to 2018, Pennsylvania built 19 state prisons. When they closed SCI Greensburg and SCI Cresson, Patrick Mulhern, mayor of Cresson, said, “It’s going to hurt the restaurants, the hardware store, every business place here is going to be affected. Five hundred employees in one fell swoop — that’s an awful lot.” (Wall Street Journal, Feb. 10, 2013)

These rural communities, where the state prisons are located, benefit economically off of poor people — like “Huntingdon County, a region once powered by the Broad Top bituminous coal fields, but where state government is now the largest employer and criminal justice the top-ranking industry. State prisons there employ 1,126 people with a payroll totaling $5.1 million biweekly. That’s one job for every 40 county residents.” (Philadelphia Inquirer, June 10, 2018)

Some state legislators were disappointed with Secretary of Corrections John Wetzel for closing these state prisons, so they introduced legislation to let the community know in advance before closings. (Citizens Voice, Jan. 7, 2017)

Don’t be co-opted by rhetoric promoted by oppressors

Today people are tired of hearing that law-and-order rhetoric. The United States has nearly 5 percent of the world’s population and nearly 25 percent of its incarcerated people. More than 2.3 million people are behind bars in the U.S. on any given day, and the number of Black people incarcerated or under correctional control exceeds the total number of adults enslaved nationwide in 1861.

After being sworn in Jan. 17, 1995, Ridge ain’t waste no time. A day later, he signed a proclamation that the General Assembly be convened in a special and extraordinary session to consider “legislation on crime.” The session began Jan. 23 and ended Oct. 31, 1995 — during which 30 crime bills passed. ALEC was responsible for 18 bills. ALEC used Pennsylvania as a test run to pass draconian legislation. Of course, Pennsylvania District Attorneys Association is responsible as well.

Gov. Edward Rendell, in his second term for governor when Sgt. Stephen Liczbinski from the Philadelphia Police Department was murdered in 2008, placed a moratorium on the Pennsylvania Parole Board under false pretensions — creating overcrowdedness in the Pennsylvania DOC.

At the same time, the Auditor General issued a $800 million revenue bond to build four new prisons, on top of paying $250,000 to a criminal justice professor at Temple University to write a 30-page report pertaining to “violent offenders eligible for parole.”

That recommendation was “risk assessment technologies,” which allowed correctional “experts” such as Unit Managers that chair the Prison Unit Team, Correctional Counselors (part of the Unit Team), Commissioned Correctional Officers, Psychology Staff and Administrators to have heavy input for parole candidates.

It’s all about the money

The criminal justice reform movement is gaining momentum because young activists are intelligent and unraveling the trickery and propaganda that politicians once manipulated the public with, using fear mongering, such as “soft on crime” rhetoric, to get elected.

In addition, warehousing people in prisons has always been a lucrative business for profiteers such as corporations and these “economically disadvantaged” rural communities.

“By counting prisoners as living in their prisons and not at their home addresses, Pennsylvania’s system for drawing political maps benefits white, rural voters at the expense of voters in urban areas, disproportionately affecting people of color,” said a study by two Villanova University professors of criminology, Brianna Remster and Rory Kramer, in reference to the 2020 Census Bureau’s count. (Philadelphia Inquirer, July 11)

State Rep. Joanna McClinton (D-Phila.) has introduced a bill to have prisoners counted at their home address, not prison.

For change, I recommend prison opponents to read two good books:  “Charged: The New Movement to Transform American Prosecution and End Mass Incarceration” by Emily Bazelon and “Until We Reckon: Violence, Mass Incarceration and Road To Repair” by Danielle Sered.