Family, friends and supporters of Tymar Crawford held two actions Aug. 5 and Aug. 8 that escalated the struggle to win “Justice for Tymar!” Crawford was an unarmed 28-year-old Black man killed in front of his fiancee, Kimberly Henderson, and children on July 5 by the Pensacola Police Department. The coalition that organized the actions included Dream Defenders-Pensacola, Party for Socialism & Liberation, Pensacola Women’s March and Workers World Party. 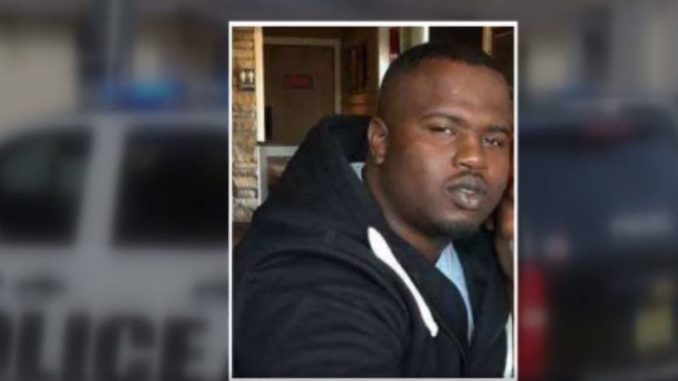 Crawford’s family is demanding the following: the names of all officers involved be released; the immediate termination of all officers involved; the city of Pensacola legislate and work to establish an all-civilian oversight structure that includes a police commission as well as a civilian complaint office, by July 5, 2020; deprioritization of enforcement on activities such as marijuana possession, loitering, disorderly conduct and random stops in high crime areas; required quarterly police training after consultation with local agencies and organizations to conduct training, which includes implicit bias, community interaction that is specific to communities of color and those of lower socioeconomic status,  de-escalation and minimizing use of force; and restitution for the family that covers funeral costs and long-term trauma-specific therapy.

Pensacola Mayor Grover Robinson IV claimed in a press conference that some of the demands would be met immediately, such as reducing arrests based on petty marijuana possession and loitering. However, just days later, behind the backs of Crawford’s family and concerned working-class people of Pensacola, Mayor Robinson announced he would be bringing in a federal task force to crack down on gun violence. In other words, Mayor Robinson’s solution to police brutality against Black people is … more police.

On Aug. 5 the organizing groups, along with Crawford’s family and friends, showed up at Pensacola City Hall unannounced to confront the city for withholding information and to challenge Mayor Robinson’s erroneous decision to bring in more police to oppressed communities. Dream Defenders-Pensacola Organizing Lead Jamil Davis spoke about the disappointment and anger felt by Crawford’s family at the lack of care shown by the city.

City Councilmember Jewel Cannada-Wynn attempted to deflect the outrage by claiming the meeting wasn’t a regular agenda meeting. Dream Defenders Transformative Justice Coordinator Hale Morrissette stood up and cut Councilwoman Cannada-Wynn off, confronting the City Council as well as Mayor Robinson, who had his back to the crowd. This resulted in an immediate end to the first half of the meeting in which family and organizers directly challenged Mayor Robinson about his lack of transparency.

After the mayor claimed that he had met with the family — though he had not — he eventually admitted that though he had been on Crawford’s street after his death, talking to community members, he couldn’t remember which house was Crawford’s. He then claimed that the family was receiving counseling; they have not. Mayor Robinson also brought up Elizabeth Harris, a 20-year-old Black woman shot and killed in a random driveby shooting outside a Pensacola nightclub in May, implying that local, mainly Black, organizers were not giving that case adequate attention.

Random gun violence, while a pressing issue, is not the same as police violence; the two have completely different power dynamics. Elizabeth Harris did not deserve to be murdered, but Tymar Crawford, murdered by the capitalist, white supremacist state, did not deserve to be killed either.

On Aug. 8 between 30 and 50 members of the community showed up again at City Hall, specifically for the regular agenda meeting, and demanded to be heard. A single script was written because Pensacola City Council allows only three minutes per speaker. So the script was read in order and passed off to a different person every three minutes.

This disciplined act took up well over half an hour, with each speaker reemphasizing that Tymar Crawford did not deserve his death and calling the city out for underfunding Black communities while money is poured into building a new jail in West Pensacola.

Another statement was read outlining the racist history of the police. It was no coincidence that there was increased police presence at this meeting. At one point, activists read the Assata Shakur chant aloud and issued a warning that until all demands from the family are met — including the new demand for calling off the federal task force — civil unrest will continue.

Until the city meets the demands, organizers vow the escalation of resistance will continue. Revolutionary discipline continues to grow in Pensacola and the struggle shows no signs of slowing down. The people say: Justice for Tymar Crawford!