Two community meetings on Aug. 19 and 20 were packed with angry and anxious residents of the metro Atlanta towns of Smyrna and Covington. People were demanding answers about the use of the toxic gas, ethylene oxide (ETO), at area medical sterilization plants. More than 1,000 people filled the Cobb County Civic Center to express concern, while a standing-room-only crowd of hundreds attended a meeting in the Newton County Courthouse.

Until July, most residents had never heard of the gas or were aware that facilities in their neighborhoods had been employing the highly volatile, dangerous chemical for years. ETO is used to sterilize medical devices and products such as surgical kits, gowns, sutures and urinary catheters. A byproduct of oil and gas refining, ETO is also used to manufacture polyester fibers for carpet, clothes and upholstery. 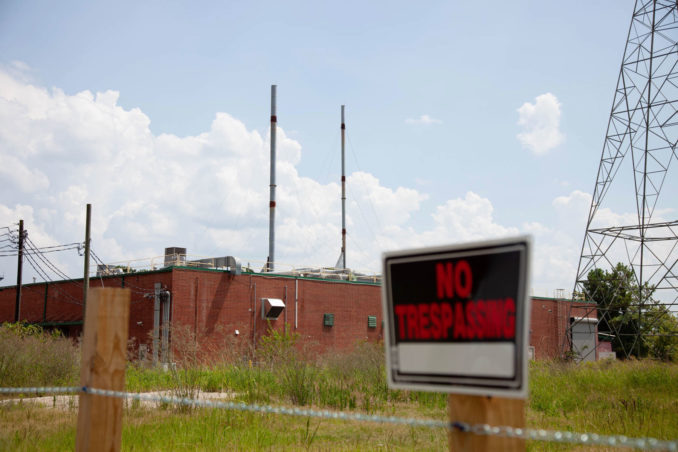 ETO identified as carcinogen in 2016 …

The Georgia communities were not alerted when, in 2016, the Environmental Protection Agency officially determined that the odorless gas posed a health danger when present below the amount that had been previously designated as safe. The EPA then labeled the gas a carcinogen.

But residents learned that local plants emitting the gas into the atmosphere were not being monitored, but were only “self-reporting” amounts released.

A 2018 EPA report, using 2014 self-reported data from industries, identified census tracts in Fulton and Cobb counties near a Sterigenics facility and another near the BD Bard plant in Covington as having a potentially higher risk of various cancers and other illnesses from exposure to ETO.

Business users of ethylene oxide immediately challenged the EPA’s findings and were supported by the Trump administration’s position of eliminating or reducing environmental regulations. The EPA did not take measures to inform the public about its findings of danger.

The Georgia Environmental Protection Division (EPD) was alerted since specific geographical areas in the state had been identified as “at risk.” But state regulators also opted not to inform the public and conducted no independent air tests.

… Georgia counties not informed until July 2019

A July article in WebMD and Georgia Health News finally reached the people who live and work in the areas near the medical sterilization plants.

Fear, outrage and mistrust grew as the public learned that another Sterigenics plant in Willow Brook, Ill., had been closed and would not be reopened until safety concerns raised by the EPA report were answered.

Elected officials in Georgia began to get calls. People at county and city council meetings wanted to know what their local government was doing to protect their health. Research was done by countless parents concerned about the close proximity of a day care center and schools to the Sterigenics plant.

Within weeks, action groups were organized. Protests were held outside the Sterigenics plant in Smyrna. Television and newspaper stories began to appear daily. Women in particular became activists in this struggle.

The pressure was on. And so it came about that high-level federal EPA and Georgia EPD administrators were forced to address the people on two successive nights about why they had failed to inform and protect.

Many at the meetings were not mollified by the agencies’ rehearsed answers about “the need for more study” and reassurances that the danger was “slight.”

Georgia Gov. Brian Kemp had just ordered state agencies, including those dealing with public health, to cut their budgets by 10 percent over the next two years. He jumped into the fray, holding a meeting with company executives from the polluting plants. But he only demanded they take action to “build trust.” Meanwhile, Kemp rebuffed calls that he use his authority to close the Sterigenics plant. (ajc.com, Aug. 21)

Nevertheless, the mobilization so far has resulted in the companies agreeing to spend millions of dollars to improve emission controls; forced the EPD to conduct air testing; and forced the cities of Atlanta and Smyrna, as well as Cobb County, to pay for independent testing.