Dozens of supporters rallied in solidarity with Kashmir at Penn’s Landing in Philadelphia Aug. 17. The action was called by the Philadelphia South Asian Collective and was attended by a broad multinational, multigenerational crowd that protested the invasion of Kashmir by India’s racist Hindu nationalist government. The action was followed the next day by a banner drop, which disrupted a “Festival of India” event to bring attention to the military incursion. From Kashmir to Palestine, occupation is a crime! 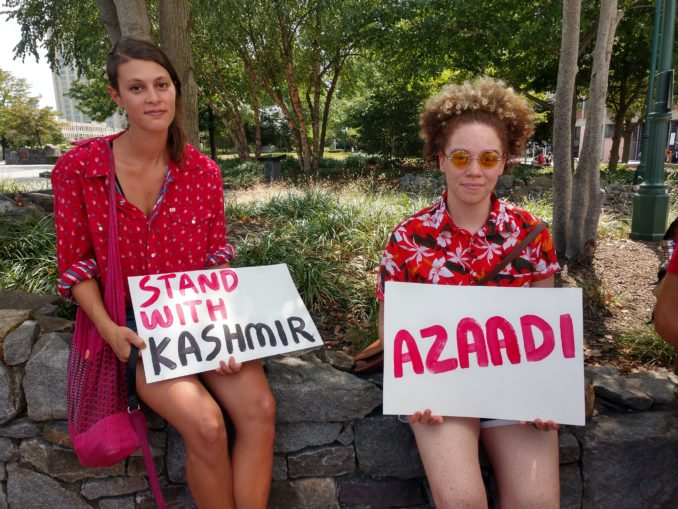