Long-time MOVE supporter, Orie Lumumba, organized a welcome-home reception on July 27 for Janine Africa, Janet Africa and Eddie Africa, members of the MOVE communal family. These fighters for environmental justice and for revolution were falsely arrested and convicted in 1978 for killing a white cop in Philadelphia, when their house was attacked and destroyed by the police.  The three of them, now out on parole, became known in the progressive movement as members of the MOVE 9, political prisoners sentenced to 40-100 years in prison. 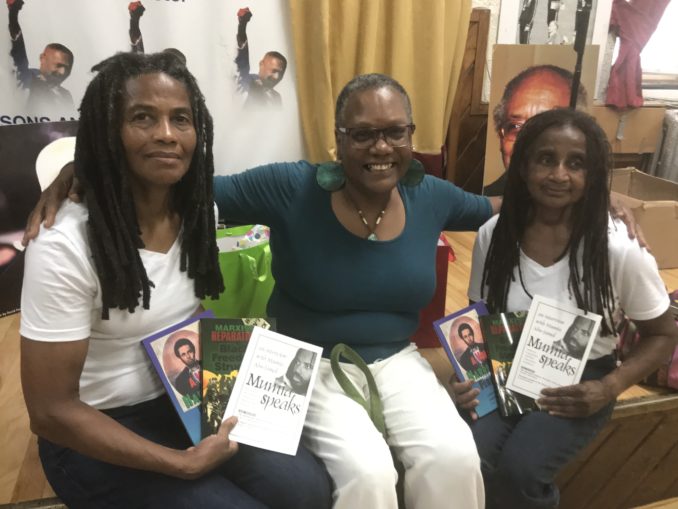 Five MOVE members have been released from prison — Janine, Janet, Debbie, Eddie and Mike Africa — after spending at least 40 years or more behind bars.  Two of the MOVE 9 — Merle Africa and Phil Africa, Janine’s partner — died in prison. Delbert Africa and Chuck Africa are still incarcerated.

Delbert Africa called into the reception, held at the historic House of the Lord Church in Brooklyn, to bring greetings to the gathering of close to 50 activists and other MOVE family members. Delbert, who has a parole hearing in September, told the crowd that the Workers World newspaper he receives on a regular basis is shared and welcomed by many prisoners.

Janet, Janine and Eddie Africa told the gathering that they will not rest until all the MOVE 9 are released, along with African-American political prisoner, Mumia Abu-Jamal, also a MOVE supporter, imprisoned since 1981 for supposedly killing a white police officer.