As 20 Democratic Party presidential candidates took to the stage of the Fox Theater in downtown Detroit on July 30 and 31, mass demonstrations took to the streets outside. 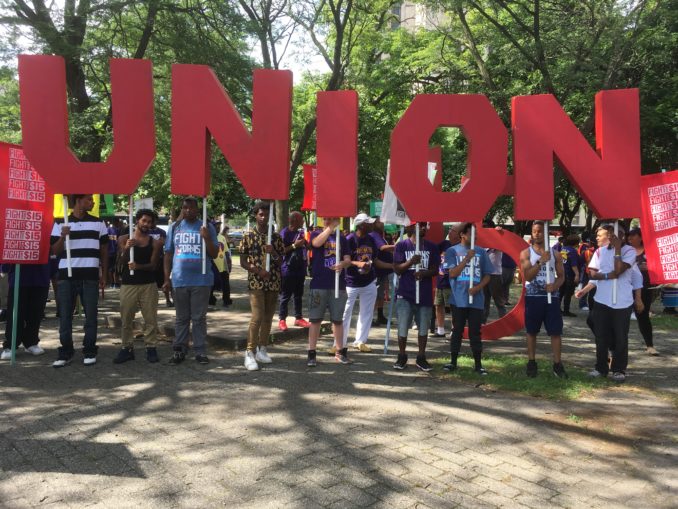 On the first day, thousands rallied and marched on the Fox. Their main demand was to “Make Detroit the engine for the Green New Deal.” Labor and environmental activists came together to push for green jobs in a city with some of the highest national rates of poverty, unemployment and foreclosure.

Many offered hugs and support to Congresswoman Rashida Tlaib, who joined the march in her home district. Tlaib has been the target of the most deplorable racist attacks emanating from the White House.

At the next day’s protest, called by Cosecha Detroit, hundreds mobilized on the U.S.-Canada border. On the Facebook page for the event, organizers posed a question to the candidates: “Will you end detention and deportation on day one?”

About a dozen young militants sat down in the road leading into the tunnel to Canada. Customs and Border Patrol cops handcuffed and arrested them, but only after the youth had successfully halted cross-border traffic. Supporters chanted “Sin papeles, sin miedo” — no papers, no fear.