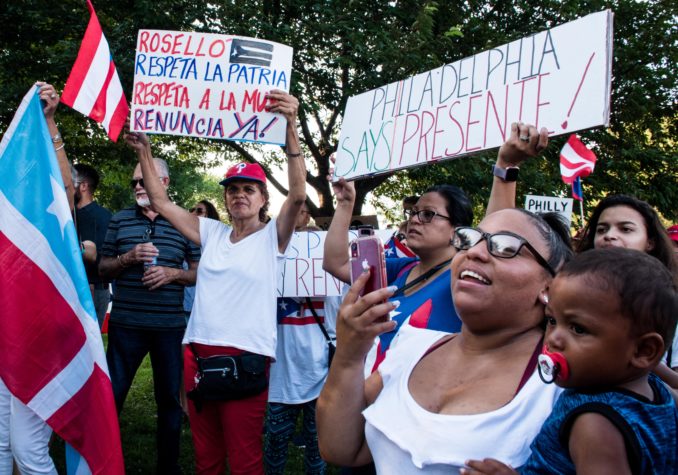 Despite temperatures in the high 90s, the Puerto Rican community from across Philadelphia converged at Ninth Street and Hunting Park Avenue on July 19 to demand the resignation of Puerto Rico’s Governor Ricardo Rossello. This protest was in solidarity with the thousands of working people who have been in the streets of Puerto Rico since the second week in July demanding that Rossello leave office.

The protests in Puerto Rico began following the release of almost 900 pages of group chat messages among Rossello, his top aides and lobbyists. In these they made homophobic, sexist and profane remarks against allies and foes.

The protests are also condemning the governor’s slow response to the crisis following Hurricane Maria, as well as government corruption.

Many protesters have drawn attention to Puerto Rico’s status as a U.S. colony and how that has negatively affected relief, aid and decision making in relation to the island.