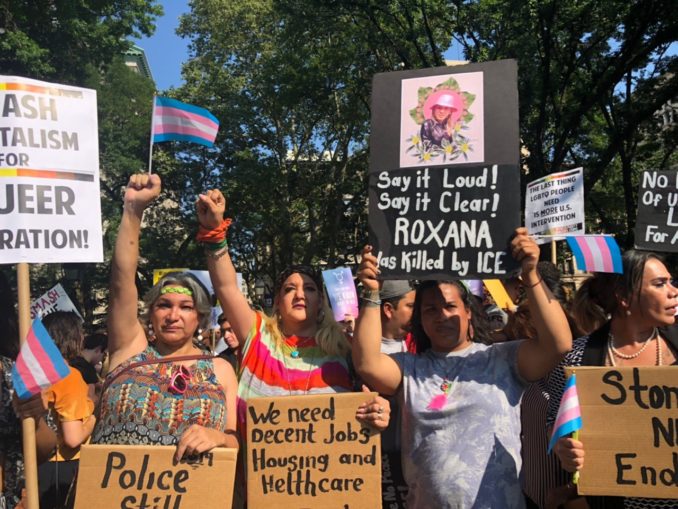 The 15th annual Trans Day of Action for Social and Economic Justice, organized by TransJustice and the Audre Lorde Project, drew close to 1,000 people in Washington Square Park in New York City on June 28.  As organizers explained in a June 12 press release: “We live in a time when oppressed peoples, including people of color, immigrants, youth and elders, people with disabilities, women, Trans & Gender Non-Conforming people, and poor people are underserved, face higher levels of discrimination, are under heightened surveillance and experience increased violence at the hands of the state.” We must unite and work together toward dismantling the transphobia, racism, classism, sexism, ageism, ableism, homophobia, and xenophobia that permeates our movements for social justice.” For more information, go to alp.org.

In Seattle, nearly 5,000 people marched down Broadway to Cal Anderson Park for a rally and festival on June 28 at Seattle Trans Pride.  Marchers chanted, “Trans rights are human rights,” interspersed with “Black Lives Matter.” Sign messages included “Cops Out of Pride” and “Dignity, not detention.”