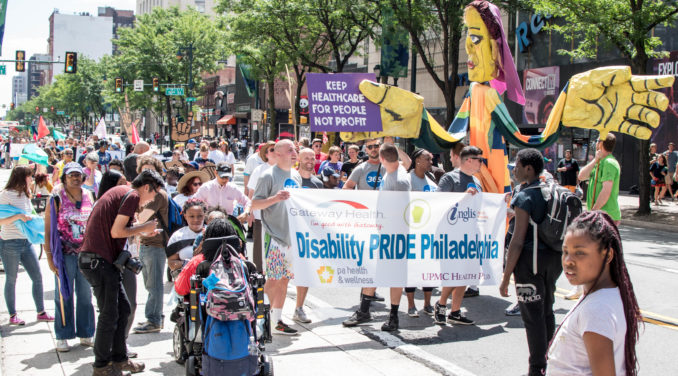 In a highlight of the rally before the parade, Chief Executive Officer of Liberty Resources Independence for Everyone Thomas H. Earle led the crowd in a song. Like the Raging Grannies, who rewrite lyrics of popular songs in protest against war, racism and injustice, Earle changed Harry Belafonte’s Banana Boat lyrics to “Olmstead, Olmstead, daylight come, and I want to go home!”

Olmstead v. L.C. was the most significant civil rights decision for people with disabilities. Based on the 1990 Americans with Disabilities Act, the U.S. Supreme Court in 1999 upheld Omstead’s provisions of the qualified right of people with disabilities to receive state-funded supports and services in the community rather than being forced to live in institutions or nursing homes — if there is appropriate support in the community; if the disabled person chooses to live in the community; and if such accommodation is deemed “reasonable” when considering the overall needs of the entire disability community.

The Olmstead decision was based in part on a successful disability civil rights precedent in Philadelphia argued by the Disabilities Law Project in 1995. 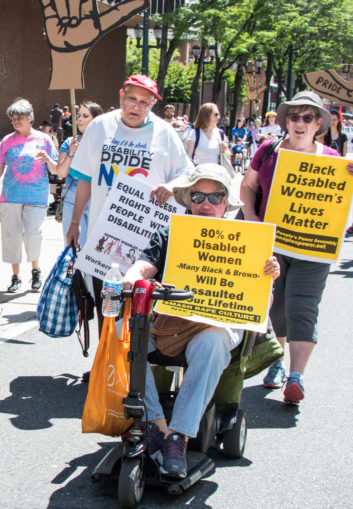 The parade featured many colorful costumes and puppets, and a festival followed the parade. Several New Yorkers travelled to Philadelphia and told everyone about the Disability Pride Parade coming up next month in New York City for the fifth consecutive year.