Prisoners and prison abolitionists in Pennsylvania have debunked bogus claims by Gov. Tom Wolf and Department of Corrections Secretary John Wetzel, who asserted that drug trafficking in the summer of 2018 led to the sickening of dozens of prison staff by exposure. The two accused prisoners and their loved ones of smuggling in contraband drugs through the mail and visitations, and in August 2018 they ordered an indefinite lockdown of all state facilities that lasted over a month.

Since then, two corrections officers have been arrested for trafficking K2, a type of synthetic marijuana. The first officer was arrested in Delaware County after being caught trying to distribute the drugs during the lockdown. In February, a second prison officer in Northumberland County was caught with synthetic drugs in their locker at the facility.

It should be clear that the illegal market within Pennsylvania prisons is a side hustle for the guards to make money selling illicit drugs to inmates. However, it is the prisoners themselves who are facing repercussions for the crimes committed by these agents of the state.

“We’re the ones being forced to pay the piper for the misdeeds of others,” says Bryant Arroyo, who is serving life in prison at SCI Frackville for a crime he did not commit. Inmates have faced draconian punishments, including the unconstitutional suspension of attorney-client privilege through the interception of attorney-client mail, which was recently ruled illegal as the result of a lawsuit against the DOC by the American Civil Liberties Union, the Abolitionist Law Center and other human rights groups. 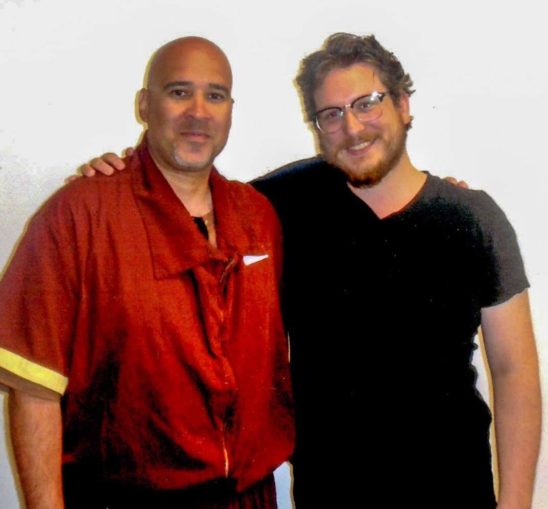 But despite some relief from last year’s repressive crackdown, new measures have been implemented by the state aimed at discouraging visits to the prisons. It is now standard policy in Pennsylvania to force inmates to strip naked and submit to full body searches before and after being allowed into the visitation room to meet with friends and loved ones.

As Arroyo wrote in a letter detailing this abuse at the beginning of March: “Upon entering the visiting-search area, I was strip-searched prior to going to my visit. After the completion of my visit, I was subsequently strip- searched again. … I was ordered to report to the property room to be subjected to a full-body X-ray scan for contraband.

“I am bringing this incident to your attention because it typifies the patterned-practice to many similar occurrences I’ve witnessed and personally experienced being arbitrarily subjected to the unnecessary strip-searches via visiting-room procedures.”

Multiple prisoners have filed grievances against this intrusive and abusive new imposition on the visitation process.

Moreover, the DOC has once again spent money to line the pockets of prison profiteers, this time to purchase expensive X-ray machines produced by the security company Adani. Adani’s website advertises their “people X-ray screening” devices as a means of catching “terrorists” and “drug dealers.” Inmates are subjected to these X-ray scans without any protection, not even the bare minimum of an apron or collar to protect vital organs, such as those used when X-rays are taken at the dentist’s office. Prison officials refuse to inform prisoners of potential harmful consequences from being regularly exposed to this type of radiation.

Dan Hernandez, another inmate at SCI Frackville, says he was strip-searched before and after a visit, then forced to submit to the X-ray scan. After the scan proved that he was not carrying any contraband, corrections officers still exposed him to X-ray radiation a second time on a whim, claiming a (unfounded) “suspicion.”

Around the same time, Jonathan Diaz Garcia was subjected to the X-ray scanner, and prison staff asserted that it showed he was smuggling contraband that he had ingested. Diaz Garcia was forced into the “dry room” for hours — a solitary cell even more sparse than the prisoner’s standard quarters — until he passed the alleged “contraband” through his digestive system. After four hours, it became clear that he had not swallowed a packet of illicit drugs, but that he was merely constipated.

This recent experience of Jonathan Diaz Garcia exposes not only the perverse intrusion of privacy, but also another alarming revelation: The staff techs who operate the X-ray devices and monitor the scans, who mistook a blocked small intestine for “contraband,” have absolutely no idea what they’re looking at.

“A cop is a cop is a cop,” says Arroyo of the Adani techs and the prison staff who subject prisoners to these humiliating new practices. “They are doing everything they can to deter us from visits, to deny us comfort.” Amid all these repressive measures, prison staff still dangle the threat of a new lockdown over inmates’ heads and stoke racism and hatred.

“They don’t like to see camaraderie. They know how this affects us psychologically and physiologically. The human being was not made to be without contact.

“They’re thinking we still have it too good.”

Strength in the face of adversity

Arroyo himself has been subjected to a seven-day cell restriction this month —  a clear case of retaliation by the administration for his tireless advocacy on behalf of his fellow prisoners.

It’s a common practice for inmates to briefly hang a small towel or sheet over part of their cell window while using the toilet, both for privacy’s sake and, as Arroyo makes clear, out of courtesy to the guards. Yet Arroyo was reprimanded for it and was confined to his cell without privileges for a week.

But Arroyo is a spirited warrior, fighting back against this prison plantation system from “within the entrails.” His sense of humor, as always, never fails to punctuate a conversation about the gross injustices he faces. “Hey, I got a headline idea for you,” Arroyo said after explaining his cell restriction: “Jailhouse Environmentalist Faces Administrative Retaliation for Taking an Environmentally Conscious Dump.” When meeting with Arroyo, it is not uncommon for raucous laughter or the sound of a sudden high-five to draw the attention of surly guards who tell us to quiet down. This in itself is a small victory in such a grim place.

“I know what it is to be mistreated, to suffer an injustice,” he continues. “But this kind of ugly retaliation is just a tap on the shoulder from God, saying, ‘You’re doing right.’ ”

Arroyo is an innocent man, sentenced to a nightmare that has been going on for over 25 years. He demonstrates that all prisoners are political prisoners, whether they committed the crime they were convicted of or not and regardless of the circumstances of their capture and confinement. In this prison nation, the very struggle to maintain one’s dignity is a revolutionary act for the most oppressed members of our class. Arroyo, Hernandez, Diaz Garcia and others have all demonstrated profound courage by telling deeply personal stories of their oppression and humiliation at the hands of prison staff.

“This is a global problem,” says Arroyo. “Look at Trump. Trump doesn’t like to talk about the past. Because he is the past, incarnate. He is the dog biting a Black woman on the street. He is the fire hose pointed at protesters. He is the cop hitting a young man upside the head.”

And just like the struggle for justice in the past, our duty is to organize a mass movement of freed people and those imprisoned, of siblings, children and allies. Abolition is the demand for the permanent end of the occupation of oppressed communities and warfare against our class. The people behind bars are the most acutely aware of this class antagonism and are on the front lines of the struggle.