This month marks the 50th anniversary of the heroic Stonewall Rebellion, an event being commemorated throughout the world. On June 20, the LGBTQ2S+ movement and the labor movement joined in celebrating another major milestone: the 25th anniversary of the founding of Pride at Work ([email protected]) — the LGBTQ2S+ Constituency Group of the AFL-CIO. 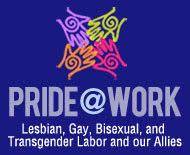 Part of the Stonewall tradition

[email protected] was founded in 1994 in New York City; its first convention took place during the Stonewall 25 commemoration.

There was a great deal of misunderstanding in the labor movement around LGBT rights, from the top levels of leadership down to the rank and file. A historic step forward was the 1987 reception held at AFL-CIO headquarters during the weekend of the Second National March on Washington for Lesbian and Gay Rights. The late United Farm Workers President César Chávez addressed the march.

Unions also marched and held receptions during the 1993 March on Washington for Lesbian, Gay and Bi Equal Rights and Liberation. In 1994 the time was ripe to form a national organization to build mutual solidarity between the LGBT community and the labor movement.

The convention established the organization, with a basic structure and a national executive board with regional representation. As the convention was nearing adjournment, a resolution was introduced to modify the name, Lesbian and Gay Labor Organization, to make it Lesbian, Gay, Bisexual and Transgender Labor Organization. Passing unanimously, this resolution was tremendously important at a time when the mainstream civil rights movement was slow to embrace trans liberation.

The name Pride at Work was adopted at the first national board meeting.

One of [email protected]’s first campaigns as a fledgling organization was to pressure Chrysler to end anti-LGBT discrimination and add “sexual orientation” to the nondiscrimination clause in its contract with the United Auto Workers. The language was added in 1999 at Ford and General Motors as well as Chrysler, with domestic partner benefits granted a year later. Current contracts also cover “gender identity” and “gender expression.”

Over the years [email protected] has supported many LGBTQ2S+ workers in and out of unions. Examples include supporting a worker at a Speedway gas station in Indiana who was fired for being gay, and challenging the state of Michigan over domestic partner benefits.

The group has educated the labor movement on LGBTQ2S+ issues and educated the LGBTQ2S+ community on the need for unions. Since [email protected]’s founding, many out LGBTQ2S+ workers have been elected to union office, including Josette Jaramillo, president of the Colorado AFL-CIO; and Cal Noyce, former president of the Central Utah Federation of Labor.

[email protected] has taken many progressive stands, from demanding freedom for Mumia Abu-Jamal to endorsing the 2018 International Tribunal on U.S. Colonial Crimes in Puerto Rico.

Most unions have advanced to a progressive position supporting LGBTQ2S+ rights and equality. On May 22 the United Federation of Teachers passed a resolution commemorating the 50th anniversary of Stonewall, pledging to “recommit ourselves to the timeless values of universal equality which uphold our movement toward LGBTQ liberation.”

When [email protected] Chapters march in Labor Day and Pride parades, their banners are emblazoned with the timeless union slogan: “An injury to one is an injury to all.”

Martha Grevatt is a founding member of Pride at Work and served on its national board from 1994 to 2001.