Two weeks that undocumented workers and all im/migrants in this country will be living under increased tension and terror. 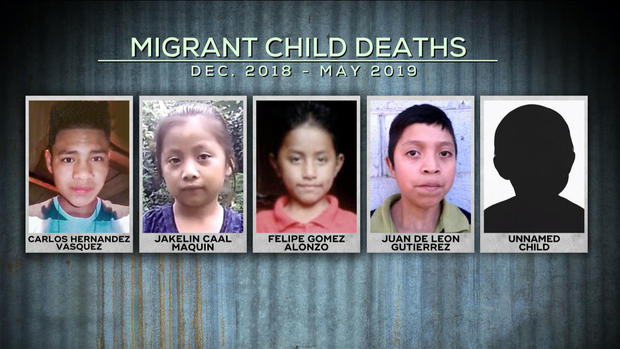 Some of the migrant children who died in U.S. detention concentration camps between December 2018 and May 2019.

On June 17, Donald Trump, one of the most reviled U.S. presidents ever, announced that he would begin massive roundups and deportations of im/migrants.

On the eve of a June 18 campaign stop in Orlando, Fla., Trump tweeted: “Next week [Immigration and Customs Enforcement] will begin the process of removing the millions of illegal aliens who have illicitly found their way into the United States. They will be removed as fast as they come in.” (Politico, June 18)

His get-them-all-out attitude instilled a cold chill in im/migrant workers. His campaign stop in Florida was a massive rally that harkened back to KKK events of not long ago. Pandering to his reactionary, nativist, white- supremacist base, he continued to whip up his racist anti-immigrant rhetoric in preparation for the 2020 presidential campaign.

It’s important to point out that Orlando has become home to thousands of climate refugees from Puerto Rico, forced out of their homeland in record numbers after Hurricane Maria (also known as Hurricane Colonialism).

Where have the Democrats been?

The Democratic Party establishment responded on June 22 to Trump’s tweet, opposing his announcement. Party leader Nancy Pelosi stated that Trump’s “planned raids were heartless” and would “inject terror into our communities.” (CNN, June 22)

Where has Pelosi been? Under a rock? Yes, the raids are heartless, but terror has been injected into immigrant communities for some time now.

Next Trump tweeted that he was delaying the deportations for two weeks “at the request of Democrats.” Trump threatened that, if Washington lawmakers didn’t approve immigration asylum law in that time, he would direct ICE agents to resume the raids.

But what happens after those two weeks? Does anyone actually expect anything different on immigration policy? Absolutely not.

Under the Trump administration, deportations, detainments and harassment of immigrant workers in the U.S. have been relentless. Advocates report that for the countless migrants who go to court for their deportation hearing, or any kind of appointment, their appearance can mean deportation — right then and there.

Soft raids have been taking place, Pelosi. Where was Democratic outrage then?

Migrants, documented or not, are living under a cloud of intense terror as they never know whether on their job, in court or at a stop light, they will be picked up. Teachers report that the stress level for children of migrants has skyrocketed as children worry if they will come home after school to an empty house.

And the crisis at the Southern border goes on, where forced migration means record numbers of migrants traveling in unprecedented caravans. They have been met with cruelty, even though migrants are eligible for asylum.

After two weeks, all these conditions will only continue.

Who is to blame?

Since 2006, both capitalist parties have attempted to solve the economic crisis on the backs of migrants, using a campaign to criminalize and deport workers. Pelosi’s party under Barack Obama became the party whose president deported more workers than any other U.S. president — ever. Who’s heartless now, Pelosi?

This terror, of course, has been greatly aggravated — in fact, is on steroids — under Donald Trump. But both parties have criminalized migrant workers and militarized the Southern border. Both parties have been complicit with the capitalist class in providing a controlled source of labor power that can be super-exploited at their whim.

Anti-immigrant rhetoric and policy are being used to divide and conquer the working class. It is also used to derail attention on other critical issues.

Pelosi refers to “our communities.” Yet the Democrats have done nothing to defend Dreamers brought to the U.S. as children, win asylum for those who desperately need it or stop the deportations. The Democrats have continued to support imperialist policies that destabilize nations, such as when Secretary of State Hillary Clinton backed the right-wing coup in Honduras in 2009.

Migrants are nothing more than pawns for Washington players, both the Democrats and the Republicans.

Nonetheless, it is the Trumpites who have veered into fascist. white- supremacist territory. But it won’t be the Democrats who can stop that.

Where is Pelosi’s compassion for the children in inhumane conditions held in detention? Child detentions, child deaths have skyrocketed. Migrants — many of them trans people — have died in detention due to callous neglect. U.S. Rep. Alexandra Ocasio-Cortez received flak for calling them concentration camps.

But the left has been correct in calling them such for some time now. How else can one explain the conditions? Or re-opening the same military base that held Japanese citizens interned during World War ll — to hold im/migrants now?

Just like prisons in the U.S, these detention centers have become concentration camps for the poor.

On June 21, CNN, based on an Associated Press exposé, ran a news story, “Lack of soap, filthy onesies and too few beds have created a ‘health crisis’ at border detention facilities, monitors warn.”

After visiting the Ursula Processing Center in McAllen, Texas, attorney Toby Gialluca said, “”There was just a pervasive health crisis. Virtually everyone we saw was ill.”

A Human Rights Watch researcher said: “The kids had colds and were sick and said they didn’t have access to soap to wash their hands. Some kids who were detained for 2-3 weeks had only one or two opportunities to shower. One said they hadn’t showered in three weeks. Hygiene and living conditions like this creates a risk of spreading infectious disease. It makes me very concerned about the public health emergency.”

It can be assumed that all detention centers have similar conditions.

Stop the war of terror against migrants

Both Pelosi and Trump must hear from the workers in this country that all  this policy is terror.

Some Democratic mayor or state officials have announced that they would not cooperate with ICE agents. This is nice optics, and an important gain.

But it is only the U.S. working class — those who have some legal protections because they are documented — who can truly and genuinely stop this terror against migrant workers.

The war of terror on migrants is a humanitarian crisis of epic proportions. A six-year-old child from India died in the desert near Arizona recently. Remarkably more and more migrants at the Mexican U.S. border are not just from Central America. They are from Cameroon, India, Bangladesh, Syria and so on.

In unprecedented numbers, more and more workers are leaving their homelands and going further than ever to find some relief from the global attacks of capitalism.

The migrant crisis is global. Let’s make our response global.

In September, young people from around the world have called for a general strike to demand an end to climate change. This movement must be inextricably, genuinely connected to the migrant crisis.

A global strike is desperately needed to push back the terrorist war on our class. That is the way to stop this global war.