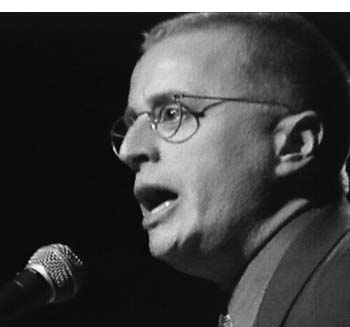 Originally published Aug. 24, 2006, this column was part of Leslie Feinberg’s series of articles on the connections between LGBTQ2S+ and socialist history. The 120-part series “Lavender & Red,” which appeared in Workers World from 2004 to 2008, is available for free download at workers.org/book/lavender-red/.

Gay and lesbian historians who view history from a materialist vantage point have emphasized that while same-sex affection and sexuality appear to have existed in all epochs of human society, the conditions of capitalism were required for the development of a distinct political and social minority identity: gay and lesbian.

But Stonewall was not just a product of capitalism, but of national oppression as well.

The historians accurately describe the Stonewall Rebellion as a qualitative development that is a social product of capitalism.

They point out that the ascendancy of capitalist production in the United States created a vast class of “wage slaves” — workers who owned nothing but their ability to labor. The organizing of a large-scale workforce also centralized laborers, creating large-scale industry and dense urban living, with same-sex living situations and relative anonymity.

They trace the devastating economic dislocation of the 1929 capitalist Depression that shook the working class and oppressed, creating a widespread exodus from rural areas and small towns to these cities in search of wage work.

World War II drew massive segments of the population into same-sex working and living situations, and left large same-sex-loving populations in cities where soldiers were discharged and dumped from the ranks of the military. And 1950s Cold War repression inevitably generated resistance.

These overall conditions under capitalism, heated to critical mass by oppression, led to the development of LGBTQ communities and to a fightback consciousness.

But national oppression was a key factor in the fightback at Stonewall as well. It is no accident that the rebellion, which drew its leadership from the most oppressed, ignited in an era of national liberation struggles in the United States, Asia and Africa.

The Vietnamese people inspired youth of all nationalities, in the U.S. and all over the world, by demonstrating that the determination of a people to fight for their sovereignty and right to self-determination was an unconquerable force, even in the face of Pentagon might.

The rising strength of national liberation struggles in the U.S. — Black Power, the American Indian Movement, the Young Lords, the Chicanx/Mexicanx movement, and organizations of militant Asian youth — stirred great pride in the oppressed here and around the planet. The waves of these movements created more room in their wake for women and LGBTQ people of all nationalities to struggle to fight oppression based on sex, sexuality and gender expression.

The youth of color in leadership in the sustained battles against the police in Greenwich Village on three hot summer nights in June 1969 — many of them homeless youth who struggled to survive on the streets — fought for their right to define and defend their own bodies, sexualities and gender expressions. Their struggle was rooted in a long history of battles against capitalist colonization and imperialism for the right of self-determination and national liberation.

In that sense, the Stonewall insurrection was not the culmination of one history, but of many.

Historically, the development of class divisions is at the root of same-sex oppression. And specifically, as lesbian and gay historians have explained, the ascendancy of capitalism over agricultural production in the U.S. was the overall class trajectory that laid the basis for the formation of distinct modern identities of gay and lesbian, vocalized as “Gay Power!” at Stonewall.

But agricultural production in the United States, and its defeat by industrial capitalism, was a class war with many battlefields between oppressor and oppressed peoples.

Gay American Indians (GAI) made a dynamic contribution to this understanding in its groundbreaking 1988 book entitled “Living the Spirit.” In this compilation, Indigenous peoples narrate their own histories of the diverse forms of organization on this continent — many of them still pre-class, based on cooperative labor and matrilineal bloodlines — before the colonial military assault which seized the land later used for white settler farming, as well as railroads and other industry.

In an essay in the book titled “Sex/Gender Systems in Native North America,” Midnight Sun (Anishnabe) emphasized that the 400-year history of colonial ethnographic research on Indigenous peoples on this continent omitted and distorted reports about the sex and gender relations they observed, “especially where these deviated from the bipolar European norm of the heterosexual ‘man’ and ‘woman’ and contradicted the European patriarchal world view.”

GAI’s History Project lists 135 Indigenous peoples on this continent who made room for many more sex/gender roles than the European nations did.

Midnight Sun argued for a historical materialist view of sex/gender systems in these diverse Native societies, explaining: “Social, and specifically sexual, life is embedded in the economic organization of society — an organization that gives rise to a variety of cultural forms. The cultural construction of gender and sexuality must be seen in terms of the sexual division of labor, subsistence patterns, social relations, and male-female relations. Within this context, ideology is not an arbitrary, discrete force — rather, it serves to reproduce and perpetuate social forms, behaviors, and individuals suitable to a particular mode of production.”

The cataclysmic impact of slavery

The history of African-American youth who fought hand-to-hand combat with police at Stonewall is rooted in the historic struggle in this hemisphere against enslavement and for national liberation. To overlook the earth-shattering impact of slavery on social relations in this country — then or now — would be tantamount to ignoring the cataclysmic impact of a meteor strike in shaping the history of the planet.

The tens of millions of African peoples who were taken prisoner, endured the horrors of the Middle Passage and were enslaved as laborers on this continent, came from diverse cultures with their own systems of economic organization, kinship, sex/gender and sexual and affectional expression.

The landed aristocracy of slave-owners was hell-bent on reforging these social relations, like shackles, to meet its own inhuman economic greed. Historian Angela Davis reveals the contradictions in relations between the sexes/genders in the family lives of those battling the horrific conditions of slavery in her germinal 1983 book, “Women, Race & Class.”

Davis pointed out that in the pre-Civil War era, “As the ideology of femininity — a by-product of industrialization — was popularized and disseminated through the new ladies’ magazines and romantic novels, white women came to be seen as inhabitants of a sphere totally severed from the realm of productive work. The cleavage between the home and the public economy, brought on by industrial capitalism, established female inferiority more firmly than ever before.”

However, she explained: “The economic arrangement of slavery contradicted the hierarchical sexual roles incorporated in the new ideology. Male-female relations within the slave community could not, therefore, conform to the dominant ideological pattern.”

By mid-19th century, she noted, seven out of eight enslaved Black people — female and male — were field workers.

Davis stressed: “Because husbands and wives, fathers and daughters were equally subjected to the slave masters’ absolute authority, the promotion of male supremacy among the slaves might have prompted a dangerous rupture in the chain of command. Moreover, since Black women as workers could not be treated as the ‘weaker sex’ or the ‘housewife,’ Black men could not be candidates for the figure of ‘family head’ and certainly not for ‘family provider.’ After all, men, women and children alike were all ‘providers’ for the slaveholding class.”

In terms of the division of labor within the home life of enslaved families, she added: “Moreover, from all indications, the division of labor between the sexes was not always so rigorous, for men would sometimes work in the cabin and women might tend the garden and perhaps even join the hunt.”

And centuries later, the descendants of those who resisted slavery were battling the police in the streets at Stonewall for the right to define their own sexuality, gender and sex.

Many histories; many identities

While colonialism and imperialism have used bullets and bibles to reshape social relations — including organization of the sexes and genders and expression of sexuality — and destroy the economies of oppressed peoples, the struggles of the nationally oppressed have also had a deep overall cultural impact on the oppressor nation.

For example, the Harlem Renaissance — which included such a powerful and lyrical articulation of defiant same-sex and gender-nonconforming expressions — is also a defining period in the histories that converged in Greenwich Village decades later.

The Stonewall Uprising, therefore, was not an articulation — as though from one throat — of one sexual minority that has existed in all places, in all historical epochs, without previous voice. Nor did it represent the emergence of a central identity that represents sexual liberation in a form so universal that its visibility can be used as a global marker for who is, or is not, “out of the closet” and proud.

The role of Latinx leadership in the Stonewall insurrection demonstrates that global roads of history led to the rebellion. Their parents and grandparents were forced by the super-exploitation of U.S. capital, and the dictatorships that enforced it, to leave their own countries — with their own systems of sex, gender and sexuality — to travel to this country to work and live.

Stonewall combatant Sylvia Rivera was a transgender teenager who had lived homeless on the streets of New York City since she was 10 years old. She was Venezuelan and Puerto Rican — and was one of many Latinx who fought in hand-to-hand battles with police at Stonewall.

For some of the Stonewall combatants, numerous oppressions overlapped in their own lives — racism, misogyny, transphobia — like multiple burdens that create great strength.

I asked Sylvia Rivera in an interview before her death, “What do you say when people ask you if you fought the police at Stonewall because you were gay or trans? Because of police brutality or racism? Because of being oppressed as a youth or because you were homeless?”

She answered with succinct eloquence: “We were fighting for our lives!”

The Stonewall Rebellion was living proof that when many histories converged in the streets of an imperialist metropolis — the capital of capital — people who did not share a common oppression wrote a new chapter of history, together, when they rose up to fight back against a common enemy.