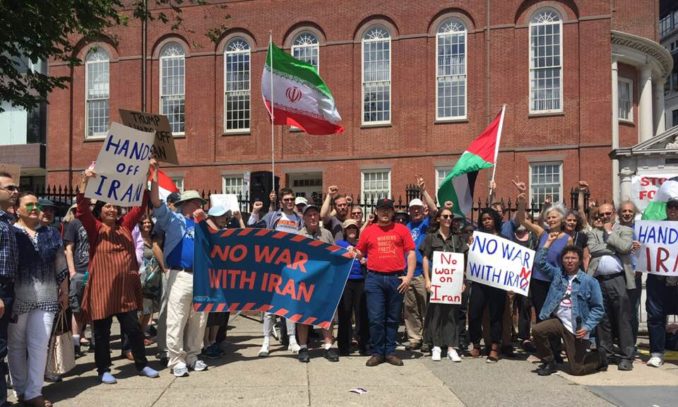 Approximately 75 peace activists gathered in downtown Boston, outside the Park Street Massachusetts Bay Transportation Authority station, on June 22 to denounce U.S. war threats against Iran. The action came just two days after the news that U.S. President Donald Trump had called off a military strike against Iran just minutes before it would have hit.

Haji and others highlighted the long history of U.S. interference in Iran, focusing particularly on the 1953 coup that installed the repressive pro-U.S. Shah. They emphasized the solidarity between the Iranian people and the U.S. people, despite policies pursued by the U.S. government.

Speakers also repeatedly denounced the U.S. use of economic sanctions, citing the shortages of medicine and other essential products that such policies cause, as well as the hundreds of thousands dead as a result of earlier sanctions on Iraq.