In Oregon June 15, BAYAN USA-Pacific Northwest and Malaya Movement Pacific Northwest held a high-spirited march and banner drop off Portland’s Hawthorne Bridge to raise awareness about the U.S.-backed war that President Duterte is waging on workers and peasants in the Philippines. 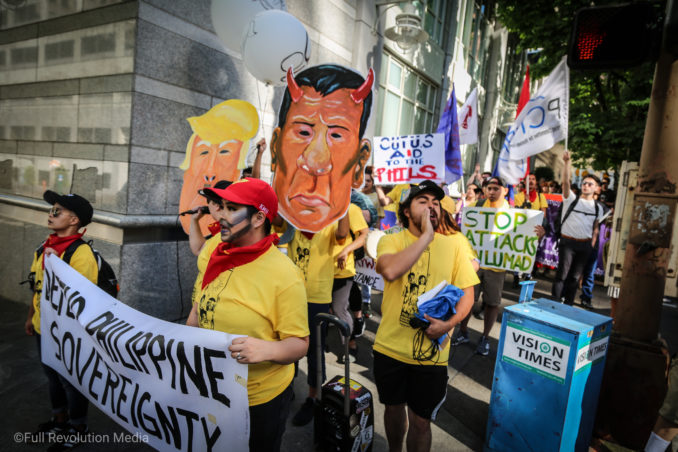 The event was a fundraiser to send local organizers to the Philippines to work with peasants and workers oppressed by U.S. military aid sent to the islands. PCHRP’s Facebook page reads: “Over 30,000 peasants, farmers, youth, human rights and land defenders have been murdered by President Duterte’s U.S.-funded War on Drugs. Communities are harassed and surveilled by local military and police to aid multinational corporations in their theft of natural resources to be exported overseas. While forests are logged, some of the most biodiverse ecosystems in the world are destroyed.” (Facebookportlandchrp)