It might not be obvious today, but the post-Stonewall movement for LGBTQ2S+ liberation began as a very radical movement. 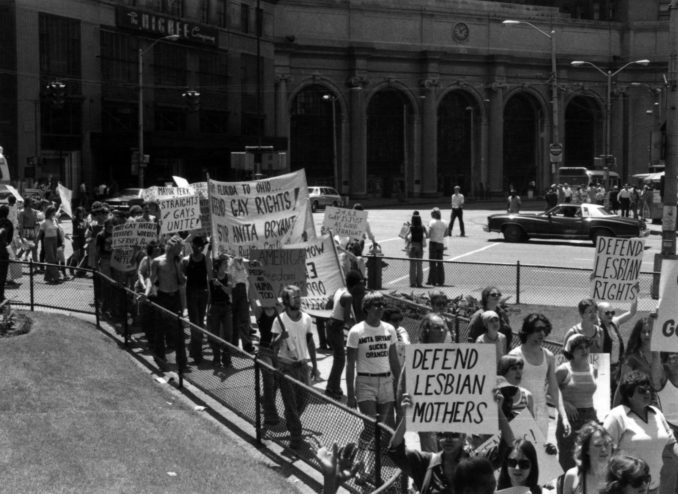 Even the names of early civil rights organizations, such as Street Transvestite Action Revolutionaries and Gay Liberation Front — a nod to the National Liberation Front of Vietnam — bear this out. The movement began in the streets as multiply-oppressed gender outlaws fought the cops for several days and nights in the 1969 Stonewall Uprising.

In 1977 it was a few members of Workers World Party who initiated Cleveland’s first Gay Pride March — yes, a march, not a “parade.”

This was an important year to be in the streets. Anita Bryant, a former beauty pageant winner hired to promote Florida orange juice, was the figurehead leader of a crusade to overturn an anti-discrimination ordinance in Dade County, Fla. The ultimate goal of her organization, Save Our Children (from Homosexuality), was to roll back LGBTQ2S+ rights across the country.

Bryant’s hate campaign, built by advancing the most backward stereotypes of LGBTQ2S+ people as child molesters, sparked mass protests from coast to coast and a boycott of Florida citrus products. Bars in the community stopped serving drinks mixed with orange juice.

We formed the Cleveland Gay Pride Day Committee, with support from local activists and the recently formed Ohio Gay Rights Coalition. The immediate goal was to organize a militant response to Bryant, but we also wanted Cleveland to join the many cities that had been celebrating the Stonewall anniversary on an annual basis in June.

At the time there were no LGBTQ2S+ community centers anywhere (although Cleveland’s Gay Education and Awareness Resources Foundation opened the first center in the country later that year). Going from bar to bar, disco to disco, we attempted to get a march leaflet in every patron’s hand. The response was friendly, but how the march would turn out was a big unknown. 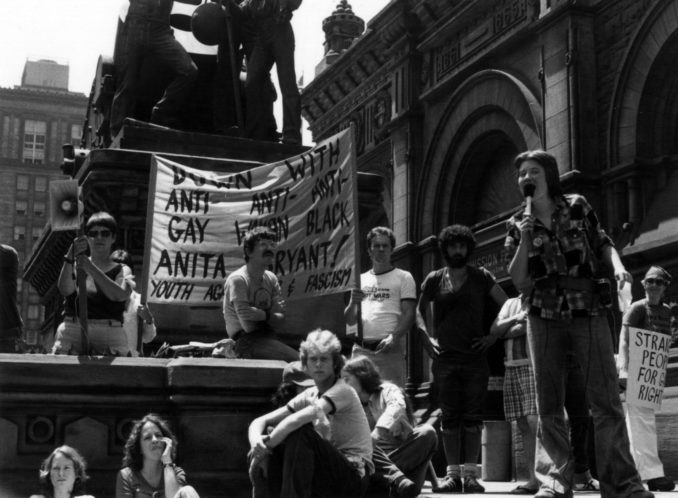 It was a victory when about 250 people came out to march, a huge turnout for Cleveland’s first Stonewall commemoration. The radical organizers used chants, signs and banners to make a militant statement, not only against Bryant and homophobia but all oppression. A banner signed by Youth Against War & Fascism attacked Bryant for also being racist and sexist. (YAWF, WWP’s youth group, had formed a Gay Caucus not long after Stonewall.)

There were no corporate sponsors or even bar floats — just grassroots queers in a blue-collar industrial town.

That historic 1977 march did not, unfortunately, start an annual radical tradition in Cleveland right away. The movement in Ohio shifted its focus to the state capital, Columbus, where statewide Pride rallies pushed for protective legislation, rather than a wider radical agenda.

The initiative to go back to marching in Cleveland — while still holding statewide rallies in Columbus — once again came from the left.

In 1990 a lesbian Workers World Party leader argued for a march in downtown Cleveland. Moderate community leaders wanted to only continue the merchant Pride fair begun in 1989.

But the militants won out, and there has been a Pride march in Cleveland ever since.

It’s important to remember the radical roots of Pride — not only on the coasts but in regions of the U.S. where coming out was, and still can be, much harder.

Hats off to today’s LGBTQ2S+ youth, especially queer, gender-nonconforming and trans youth of color, who are reviving the militant tradition of the Stonewall Rebellion!