Momentum is building to overturn restrictive abortion laws passed by  right-wing-controlled state legislatures aiming to outlaw the procedure and punish those who have abortions and/or medical providers. Protests across the U.S. show militant opposition to the repressive, misogynist laws as people demand their legal and human rights to reproductive health care and personal autonomy.

Thousands joined demonstrations in 500 cities on May 21, the National Day of Action to Stop the Bans, initiated by 50 organizations, including Planned Parenthood, the American Civil Liberties Union and SisterSong. Other actions took place later that week. Demonstration participation has been multinational, multigender and multigenerational.

The Day of Action, kicking off outside the Supreme Court in Washington, D.C., emphasized that the majority of people in the U.S. support the court’s 1973 Roe v. Wade decision legalizing abortion. CBS reported on May 21 that two-thirds of those recently polled do not want the ruling overturned.

The ACLU and Planned Parenthood filed a lawsuit on May 24 seeking to quash Alabama’s recent virtual abortion ban, criminalizing doctors who perform the procedure. 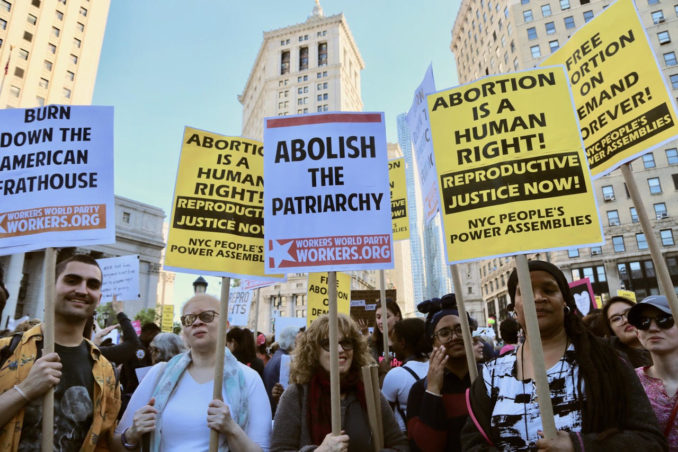 A crowd gathered in downtown Syracuse, N.Y., to #StopTheBans on abortion access. Maurice Brown, a city resident, said, “Even though I’m not under attack, I’m still under attack. None of us will be free until all of us are free.” 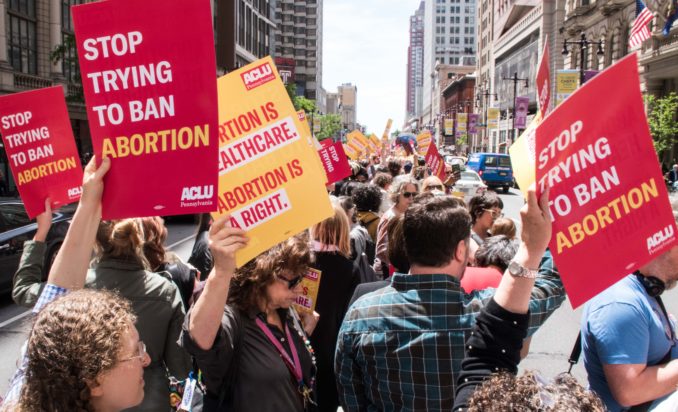 In Georgia, the struggle to ensure reproductive rights has not diminished despite signing of a “heartbeat” bill banning all abortions after six weeks of pregnancy. On May 21, hundreds of people gathered on the Capitol steps in Atlanta, where rally speakers, including elected representatives who opposed the bill, affirmed the fight would continue until reproductive freedom is guaranteed for all.

Jalessah Jackson, Georgia coordinator of SisterSong, stressed: “We must talk about the central role that capitalism and white supremacy play in the  legislation that will disproportionately impact low-income communities and communities of color. These bills are about criminalizing communities.” She urged: “Connect with the groups here … who have been leading this fight — organizations led by Black women, by queer and trans folks.”  (SisterSong Facebook)

On May 25, in a youth-organized act of resistance by #DoBetterGeoriga, thousands of people marched in blazing heat from Atlanta’s Capitol building to CNN’s offices. The chanting, sign-waving crowd showed the emergence of a new generation determined to continue the struggle against patriarchy and male dominance.

In Jackson, Miss., 200 pro-choice activists at a May 21 rally heard Mississippi in Action Executive Director Valencia Robinson emphasize the fight must demand reproductive justice. When she asked the crowd, “Which side are you on?” they replied, “The freedom side!” Signs read: “Stand with Black women!” (Jackson Free Press, May 22) Three days later, U.S. District Judge Carlton Reeves issued a temporary injunction blocking enforcement of Mississippi’s ban on early abortions.

Close to 500 people, mostly youth, rallied in downtown Cleveland. Many of them held homemade signs, including “We are not ovary-acting” and “We won’t go back!” Ohio’s newly passed “fetal heartbeat” bill is set to start on July 1.

Response was swift after Missouri Gov. Mike Parson signed a bill on May 24 banning abortions after the eighth week of pregnancy, with no rape, incest or human trafficking exceptions. The next day, newly formed STL Pro-Choice Student Activists led hundreds of demonstrators through downtown St. Louis in the Protest for Reproductive Rights. Their theme: “This is everyone’s issue.” (stltoday.com, May 25) 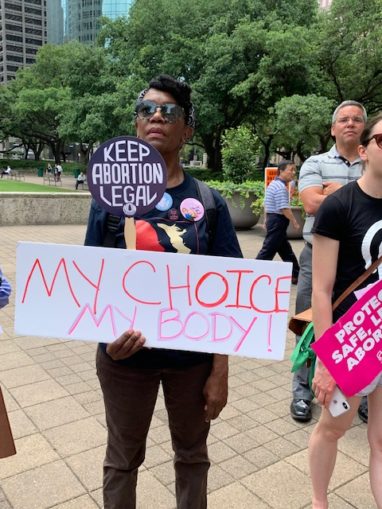 A multinational, multigenerational crowd of hundreds of people rallied at Houston’s City Hall on May 21. Organizers were African-American and Latinx representatives of the ACLU, National Latina Health Initiative and reproductive rights groups. A popular sign read, “Abortion is Health Care!”

The crowd disrupted the City Council meeting with speeches and chants.

About 500 demonstrators rallied at Seattle City Hall against misogynist attacks made by state legislatures. Initiated by Planned Parenthood, this lunchtime rally had a large turnout.