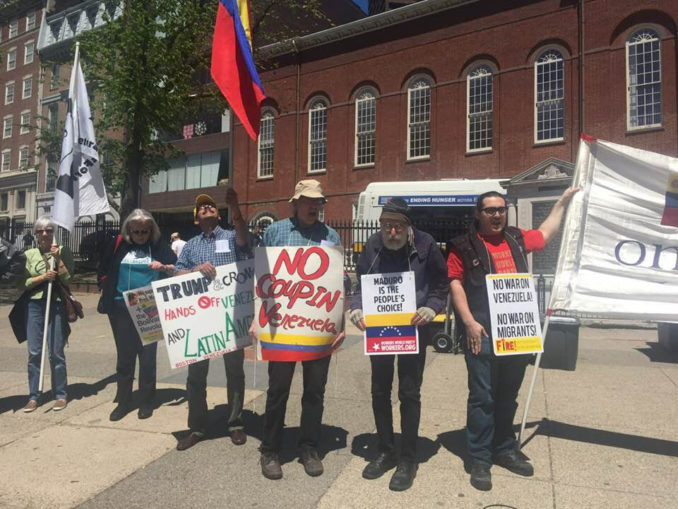 Activists gathered in the Boston Common May 18 to denounce the attempted U.S. coup in Venezuela and express solidarity with the recently arrested Embassy Protection Collective.

Code Pink member Trish Gallagher recounted her experience spending three nights in the embassy several weeks ago. She described the siege that the Venezuelan right wing, with the full cooperation of the Secret Service and D.C. police, had created to prevent food from entering the building.

Several speakers compared the blockade of the embassy to the sanctions applied to Venezuela that prevent the government from importing food or medicine. Brian Shea from Workers World Party also compared the sanctions to the bureaucratic barriers put in place to limit the access of workers and oppressed in the U.S. to Medicaid and other social services.

The action, initiated by the Committee for Peace and Human Rights and the International Action Center, was attended by members of Code Pink, the Boston Venezuela Solidarity Committee, Veterans for Peace, Refuse Fascism and WWP.