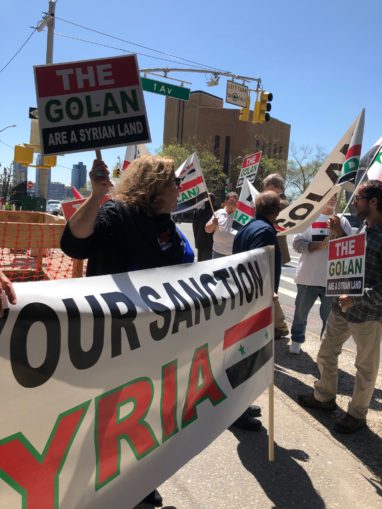 A demonstration in front of the Israeli Mission in New York City denounced Trump’s recognition of Israel’s 52-year illegal annexation and occupation of Golan, a province of Syria. The protest was held May 6 — Martyrs’ Day in Syria and Lebanon, and for over 100 years a commemoration of continuing resistance to occupation. U.S. recognition exposes U.S. frustration at its failure — after eight years of U.S.-financed and orchestrated war — to either overturn the elected Syrian government or dismember and occupy the whole country.