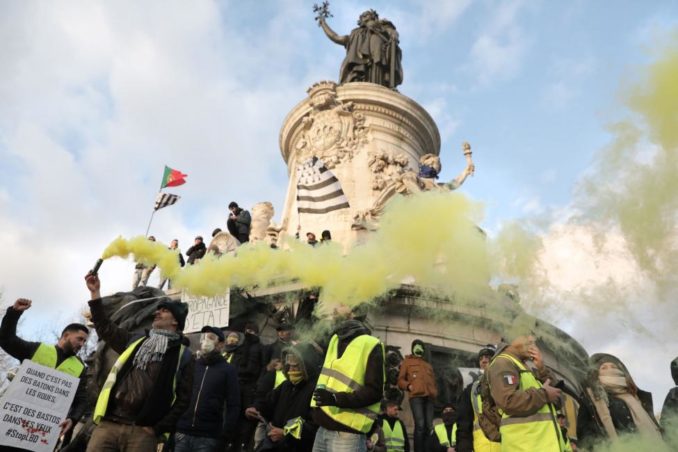 “Macron: You take from the poor to give to the rich” was emblazoned on the Yellow Vests of protesters in Paris on April 20. It was the latest in a five-month series of street actions by the Yellow Vest movement aimed against grotesque, growing income inequality in France.

This demonstration took place five days after a fire raged at the historic Cathedral of Notre-Dame.  It was larger than the one the previous week, with about 9,000 participating in Paris and 28,000 people demonstrating across the country.

The anger at this ostentatious display of wealth was expressed at the Yellow Vests protests. Signs read: “Millions for Notre-Dame, none for us, the poor!” Banners criticized the hypocrisy of billionaires who are offering enormous sums to repair the cathedral, while ignoring the worsening plight of workers and poor people.

Further enraging the masses is the fact that international fundraising for Notre-Dame’s restoration has ignored their plight.