Undocumented students who are recipients of the Deferred Action for Childhood Arrivals policy, or DACA, have been barred from attending Georgia’s top universities. An Atlanta Federal Appeals Court upheld this reactionary policy of the Georgia Board of Regents March 6. (tinyurl.com/y5hnwydm) 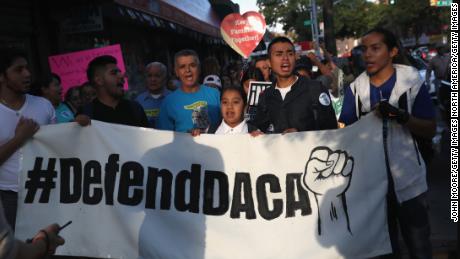 Implemented under the administration of President Barack Obama, DACA allowed undocumented children brought to the U.S. before the age of 16 to remain here and not face deportation. However, the Georgia Board of Regents Policy 4.1.6 states that a person not legally in the U.S. will not be admitted to any institution in the  University System of Georgia; for the last two years, it has not admitted all academically qualified applicants.

Atlanta civil rights attorney Nathanael Horsley has said this decision discriminates against DACA students — and that the court is saying that “it’s okay for the state to discriminate against [DACA students]. DACA students did nothing wrong and did what they needed to do to be with their parents.” Horsley called the ruling unconstitutional and a violation of the equal protection clause under the 14th Amendment. He may take the case to the Supreme Court. “We’re evaluating our options of what we’re doing next,” Horsley said. (gacivilrights.com)

The ruling specifically affects DACA students who apply to attend the University of Georgia, Georgia Tech or Georgia State. In 2016, three students filed a lawsuit challenging Policy 4.1.6. Judge Gerald Tjoflat, who wrote the decision for the three-judge panel, claimed these students are not in the U.S. legally, and therefore the Board of Regents may have created the policy because they see these students not living in Georgia after college — “because they are removable at any time.”

“As DACA recipients, they simply were given a reprieve from potential removal. That does not mean they are in any way ‘lawfully present’ under the act,” Tjoflat ruled.

Policy 4.1.6 was enacted by the Board of Regents in 2010, months after Kennesaw State University police arrested student Jessica Colotl on a minor traffic violation. Colotl had been brought from Mexico to the U.S. as an undocumented person at age 11. After her arrest, it was learned that Colotl was paying in-state tuition.

After an outcry from people opposed to undocumented immigration, the Board of Regents enacted a separate policy stating that one must be “lawfully present” in the U.S. to be able to pay in-state tuition. Therefore, students not considered lawfully present in the U.S. must now pay out-of-state tuition to attend Georgia universities, even though many have been living in Georgia for their entire lives and graduated from Georgia high schools.

The recent exposure of wealthy parents buying their children’s way into college shows the unjust nature of capitalism. Education is simply a commodity that’s only a “human right” for the rich. Education is essentially inaccessible to working-class and immigrant families because of their secondary status in U.S. society.