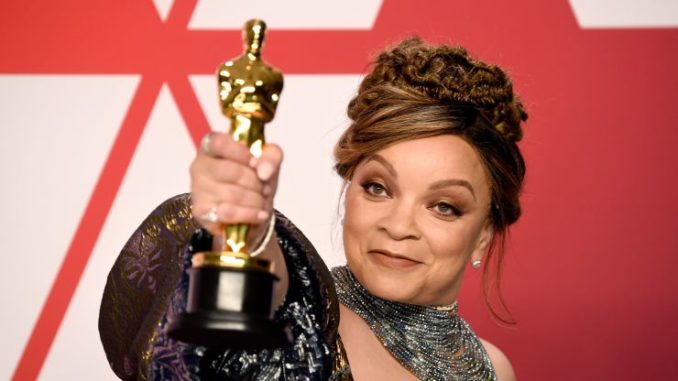 On Feb. 23, one day before the 91st Academy Awards (aka the Oscars) ceremony, Boots Riley, the African-American hip-hop artist turned film director, won the Film Independent Spirit award for best first film. In his acceptance speech, Riley described his critically acclaimed, “Sorry to Bother You,” as class struggle on the job, with its focus on low-wage workers in the global telemarketing industry.  Riley ended his speech by coming out against the U.S.-CIA attempted coup in Venezuela. Riley also stated how mass, direct action movements have influenced filmmaking.

Barry Jenkins, the African-American director of James Baldwin’s “If Beale Street Could Talk,” who won the Spirit award for best feature, indirectly acknowledged the impact of the #MeToo movement’s fight against misogyny in Hollywood. He expressed regret over winning the award, out of solidarity with three of his fellow director nominees who were women, adding that Hollywood should provide more funding to encourage more women directors. Jenkins directed “Moonlight,” which won the Oscar for best film two years ago.

The Spirit awards pay tribute to low-budget, independent films that in general shine a bright light on the real lives of Black, Brown, Asian, Indigenous peoples, including women and LGBTQ communities.  In contrast, while there has been some progress regarding Oscar winners — not nearly enough — the general trend is still to marginalize the multinational global working class, because mainly white male studio executives still control the purse strings. 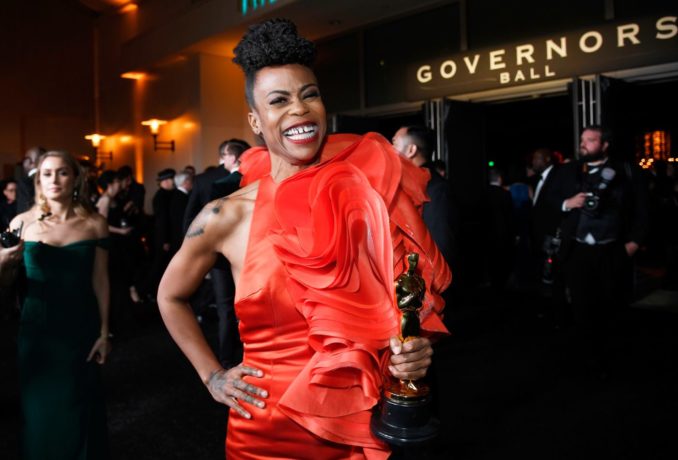 Three years ago, April Reign, managing editor of BroadwayBlack.com, created #OscarsSoWhite in protest of the dreadful lack of Black nominees in all acting categories for the 2015 movie year.  This Twitter campaign helped spark some progressive changes among the Academy’s 5,000-plus overwhelmingly white male voting delegates, including the election of the Academy’s first African-American president, Cheryl Boone, and the addition of more people of color and women members.

At this year’s Academy Awards ceremony, two Black actors won Oscars in the two Supporting Actor categories — Regina King for “If Beale Street Could Talk” and Mahershala Ali for the controversial “Green Book.” Also winning Best Original Screenplay and Best Picture Oscars, “Green Book” is the true story of a white, racist, working-class driver who becomes the chauffeur for a gay Black pianist, Dr. Don Shirley, in the Deep South. The family of Shirley denounced the filmmakers for its misportrayal of the late pianist without any consultation. Film critics have crucified “Green Book” for soft pedaling the harsh reality of Jim Crow from a white protagonist perspective.

In an historic first, two Black women became the first in their categories to win Oscars for their behind-the-scenes work on the biggest blockbuster movie of 2018, “Black Panther.”  Ruth Carter won for best costume design for her stunning Afrocentric clothing and Hannah Beachler won for best production design.

Mexican director Alfonso Cuarón Orozco won three Oscars for his film, “Roma.” Yalitza Aparicio is the first Indigenous actor to be nominated in the Best Actress category, also for “Roma,” in which she spoke her native language Mixtec.

Black film director Spike Lee, wearing a purple outfit in honor of the legendary late singer Prince, won his first Oscar in a competitive category, Best Adapted Screenplay, for “BlacKkKlansman” — based on the true story of a Black police officer who infiltrated the KKK in the 1970s. He had been nominated for Best Original Screenplay for “Do the Right Thing” in 1990 and Best Documentary for the 1998 film “4 Little Girls” about the 1963 Birmingham church bombing by the KKK. He won an honorary Oscar in 2015 for his 30-plus years of making films.

Lee’s Feb. 24 acceptance speech read in part: “Four hundred years. Our ancestors were stolen from Mother Africa and brought to Jamestown, Virginia, enslaved. Our ancestors worked the land from can’t see in the morning to can’t see at night. My grandmother, Zimmie Shelton Retha, who lived to be 100 years young, who was a Spelman College graduate even though her mother was a slave. My grandmother who saved 50 years of Social Security checks to put me through Morehouse College and NYU grad film school. NYU! I give praise to our ancestors who have built this country into what it is today along with the genocide of its Native people. Do the right thing!” (Washington Post, Feb. 25)

Racist Trump attacked Lee’s remarks as being “racist,” stating in the following tweet: “Be nice if Spike Lee could read his notes, or better yet not have to use notes at all, when doing his racist hit on your President, who has done more for African Americans (Criminal Justice Reform, Lowest Unemployment numbers in History, Tax Cuts, etc.) than almost any other Pres!”

Lee did not refer to Trump anywhere in his speech. In his post-Oscar remarks, Lee criticized Trump for not denouncing the August 2017 white supremacist march in Charlottesville, Va. According to the Washington Post, Lee stated, “Heather Heyer, her murder was an American terrorist act. That car drove down that crowded street in [Charlottesville], and the president of the United States did not refute, did not denounce the Klan, alt-right and neo-Nazis. Whether we won best picture or not — this film will stand the test of time being on the right side of history.”