On Jan. 12, some 40,000 Mexican workers went on strike at 45 sweatshops — known as maquiladoras — across the U.S. border in the town of Matamoros. 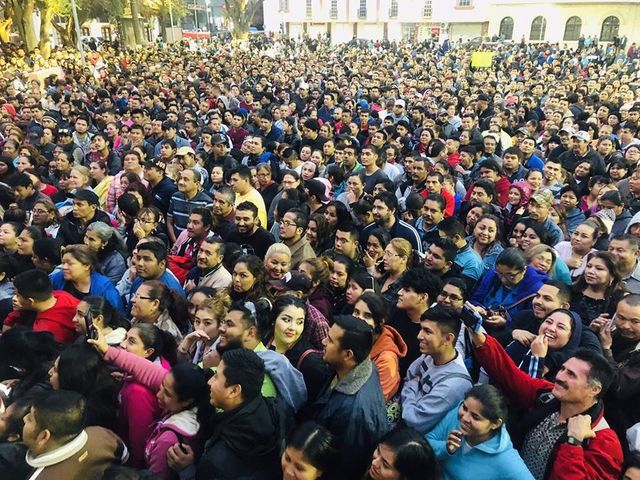 Mass meeting of workers in January at the Matamoros plaza.

The strike was sparked when Mexican President López Obrador ordered the minimum wage along the border to be doubled. While the Matamoros factory workers already made twice the minimum wage, many have contract language calling for wage increases when the minimum wage goes up. When their pay rate didn’t change, they struck.

Matamoros workers won contract language on pay after a 1993 strike. Despite the super-exploitive pay rates imposed on maquiladora workers, many factory owners have relocated to other parts of Mexico where wages are even lower and workers are “represented” by phony “ghost unions.” There are 48 sweatshops in Matamoros, but there were many more before the 1993 strike.

The 45 affected enterprises make a range of products from televisions to cosmetics, and Matamoros is also a center for auto parts manufacturing. Struck plants included Kongsberg Interior Systems, a maker of electric cables used in vehicles. The strike could have shut down auto assembly plants in the U.S. if it had continued much longer. Significantly, the parts plants were the first to settle.

A 20 percent raise in Matamoros, where $1 an hour is a typical wage, is about 20 cents an hour. The low wages of workers in Mexico and the global South mean that auto companies can get component parts on the cheap and increase their bottom line. The combined profits of Ford, General Motors and Fiat Chrysler Automobiles were $26 billion in 2018.

The bosses will use every trick they can come up with to keep labor costs down — from paying lower wages to a third tier of “temporary” workers in the U.S. to outsourcing parts production to low-wage countries like Mexico.

Cross-border worker solidarity is the only answer to the bosses’ bloodthirsty demands for ever-higher profits.