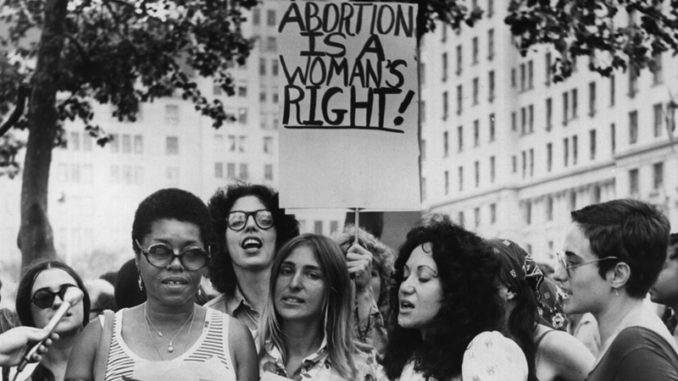 The Supreme Court ruled Feb. 7 to stop an anti-abortion law, passed in Louisiana in 2014, from going into effect. News reports made a big deal about the fact that Chief Justice John Roberts chose to vote with the four justices who support abortion rights, yielding a 5-4 decision in favor of the stay. However, as Rewire.News pointed out Feb. 8, this was merely a procedural vote to ensure the law would return to the Supreme Court for a final decision in 2020.

The Louisiana law is a near-exact replica of a Texas law the Supreme Court ruled unconstitutional in 2016. That law would have forced doctors who perform abortions to have “active admitting privileges” at a hospital within 30 miles of the clinic where they provide abortions. The court held then that the requirement did not protect the health of pregnant women, as the state of Texas asserted, but would impose an “undue burden” on women who choose to obtain an abortion.

In line with the 2016 ruling, a federal trial court agreed that the Louisiana law was unconstitutional. But last fall the notoriously reactionary U.S. Court of Appeals for the 5th Circuit reversed the ruling so the law could go into effect for the first time in Louisiana.

The Center for Reproductive Rights then filed an appeal to the Supreme Court on behalf of Louisiana abortion providers requesting a stay to keep the law from going into effect until the providers could file a petition for review.

Roberts’ vote was not to affirm abortion rights, according to Rewire, but was a hands-off message to the lower court not to short-circuit the Supreme Court’s power. All the SCOTUS vote did was maintain the status quo. If any court is going to overturn the 2016 ruling, it will be the “Roberts’ Court” — after oral arguments and deliberation.

But newbie Justice Brett Kavanaugh, who swore up, down and around town he would never undercut abortion rights during Senate hearings last fall, willfully opted to write a dissent to the ruling that revealed his true anti-abortion position.

Kavanaugh asserted that the only way to prove whether the admitting-privileges requirement would impose an undue burden was to let the law go into effect and see what happened. He opined that if the doctors could not obtain such privileges, they could then return to court, but if they did not, it proved the law would not impose an undue burden.

But Kavanaugh failed to take into account the serious consequences for pregnant women, since implementing the law would mean only one doctor in the state of Louisiana would be allowed to perform abortions. As the plaintiffs pointed out in their brief: “Some women could be completely denied the choice to terminate a pregnancy and forced to carry the pregnancy to term.” (scotusblog.com, Feb. 7)

The ruling ultimately shows Roberts is not a born-again pro-choice hero, but a strict defender of the Supreme Court’s prestige and power, which was surely sullied by Kavanaugh’s history of attempted rape of a teenage girl.

Kavanaugh’s dissent revealed, yet again, that he is truly heartless and cruel about women’s health and well-being. The thousands of women who protested against his nomination understood this in their bones.

Kavanaugh will clearly follow Trump’s marching orders to overturn legal abortion, but that will not stop millions of women, gender-oppressed people and men from marching to uphold the right to legal, safe, accessible abortion, as they did in the 1970s, which effectively prompted the Supreme Court to legalize abortion. And as recently as Jan. 19 at the third Women’s March, people demonstrated yet again their determination to defend women’s reproductive rights and fight for reproductive justice.