When Pennsylvania Gov. Tom Wolf ordered an unprecedented statewide lockdown of prisons last summer, the state’s Department of Corrections claimed that the crisis was prompted by prison staff becoming sick from illicit drugs somehow smuggled into state facilities. It was just a coincidence, the authorities said, that the lockdown was ordered in the midst of a national strike by prisoners to demand improved conditions and pay for their labor.

Now, over six months later, Pennsylvania authorities in Harrisburg have admitted that toxicology reports showed only one prison staff employee was exposed to anything resembling illegal drugs. Multiple prisoners in various corrections institutions across the state have claimed that it is the guards themselves, not prisoners or their visitors, who are responsible for the smuggling of illicit drugs into facilities.

Despite these revelations, the Commonwealth of Pennsylvania has already signed a $4 million contract with Smart Communications, a corporation that profits from mass incarceration by posing as an expensive middleman for all prisoner correspondence. Currently, all prisoner mail in Pennsylvania must be forwarded to the third-party facility in Florida where the mail is opened and photocopied. The facsimiles are then returned to the respective prisons in Pennsylvania.

This costly process has caused prisoners to receive mail as late as two months after correspondence was sent. It also poses serious constitutional issues, as correspondence between prisoners and their lawyers is also opened and photocopied by prison authorities, thereby negating any pretense of the right to private counsel, as outlined in the Sixth Amendment to the U.S. Constitution.

Moreover, prisoners are never notified when their outbound mail has been opened or rejected. Grounds for rejection are sometimes as simple as writing the recipient’s first initial instead of the full name. More commonly, letters are sent back by Smart Communications without any indication of  the reason why.

In Frackville State Correctional Facility in central Pennsylvania, the lobby and visiting room look much the same today as they did last July. Rows of vending machines that were previously stocked with snacks and drinks for visitors to purchase and consume with their loved ones stand empty, six months after their contents were raided by corrections officers for “safety reasons.” No prisoners have been allowed to take photographs with their visitors since the lockdown, either.

While these lockdown measures were supposed to be lifted after 90 days, just in time for inmates to break bread and take pictures with their families for the fall and winter holidays, the state arbitrarily extended the ban. Photos and food won’t be allowed back into visitors’ room until sometime this Spring, authorities say. And  the microwave that was in the visiting room to heat up commissary food items like small frozen pizzas has been permanently removed.

Prison activist for 25 years speaks out

“They’ve made the innocent pay the piper for everyone else,” says Bryant Arroyo, folding his hands in front of him. “Including my family.” 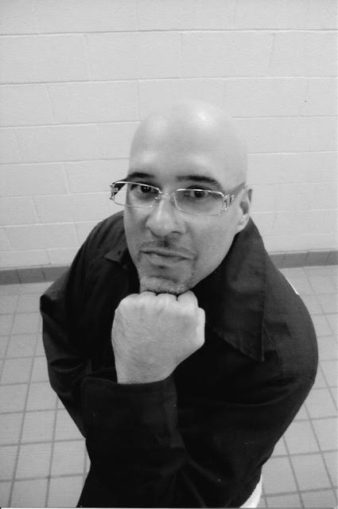 Arroyo is an indefatigable 47-year-old prison activist. Mumia Abu-Jamal once dubbed him “the world’s first jailhouse environmentalist” for his successful campaign to cancel a $100 million plan to build a toxic coal plant near the Frackville facility. Twenty-five years ago he was sentenced to life without parole for a crime he didn’t commit. He has led a boycott of the new third-party mailing system, as well as against the draconian new visitation policy. As he has said previously, “I’m not going to subject my grandchildren to this.” (“Inmates in Pennsylvania prisons launch boycott of prison profiteers,” WW, Sept. 25)

The continued crackdown on prisoners’ rights after the 2018 lockdown is an act of “deliberate maliciousness, imposed on whimsical pretenses,” says Arroyo. “They could have addressed the alleged issue like any other time this cropped up.”

Arroyo has suggested that if prison authorities were truly concerned about drug smuggling and didn’t just use the lockdown as a way to disrupt the strike activities in Pennsylvania prisons, they could have easily used existing protocols to address such events. There is already a “two-strike” policy  where individuals who are caught passing contraband face the indefinite suspension of their visitation rights. The third-party mailing system could likewise have been imposed in specific cases of misconduct, Arroyo says.

“I don’t need to tell you what the threat of no visits means for lifers,” says Arroyo, who speaks often of his inexhaustible love for his daughter, Genesis Hernandez, whom he had to “raise from between the bars.”

“There are times I think nobody’s paying attention except her. But whenever there is a moment that, for whatever reason, you feel alone or abandoned or trapped in an uncomfortable situation, you are given a reminder of the people God has given you.”

The sound of his daughter’s laughter, Arroyo says, always gives him that reminder.

Arroyo’s newest campaign is dedicated to freeing all lifers from prisons. State Sen. Sharif Street and State House Rep. Jason Dawkins have recently proposed bills, SB942 and HB135, respectively, that would eliminate “life without parole” sentencing in Pennsylvania, thereby enabling thousands of inmates, including Arroyo, the ability to appeal for parole. While Arroyo is represented by the Innocence Project and is on a mission to clear his name, he is meanwhile dedicated to making sure no one is sentenced to death by life in prison.

“Twenty-five birthdays, 25 Christmases, 25 New Year’s Eves. Twenty-five of a lot of things. If there’s somebody who could say, ‘Woe is me,’ I’d say I’m pretty qualified.” Instead, Arroyo is intent on freeing himself and freeing everyone subject to the form of modern slavery called mass incarceration.

Arroyo also expressed solidarity and support for Philadelphia rapper Meek Mill, who was recently a victim of the “capricious and arbitrary” U.S. justice system. Mill was released on “extraordinary relief” after his arresting officer’s history of rampant abuse and evidence tampering was revealed. Since then, Mill has voiced support for prison reform movements. Arroyo says this is the perfect campaign for Mill and other prominent musicians and activists to join.

“Meek, it’s time to put your money where your mouth is.”

Meanwhile, Arroyo continues to try to support his fellow inmates and be a good father behind bars. In the 25 years since he was unjustly incarcerated, Bryant has become a grandfather. He tells stories of how he had to meet his daughter behind a bulletproof window for five years before her 18th birthday — obvious retaliation against the Arroyo family because of his advocacy for other prisoners.

He relates how photos of him and his daughter would sometimes be confiscated by male prison guards. A disgusted but faultlessly calm Arroyo once retorted to guards: “I’m not going to tell her why you’re taking the photos away. You tell her why.” An abashed guard returned the photos.

Arroyo also decries the sexist treatment of female visitors who are forced to remove their bras and undergarments in order to pass through security checkpoints. “It’s cruel. It’s unusual. It’s perverted,” Arroyo says.

“No matter glass, concrete or steel. Nothing can hold back my love for my daughter and her children. I conquered. We conquered.”

Shortly before our last meeting, Arroyo’s cell was shaken down by prison guards. Among other property they arbitrarily confiscated, corrections officers took down the photos and inspirational posters he’d hung on the  walls. His last cellmate was transferred to a different facility and no one has replaced him yet. It’s the first time Arroyo has been alone in a cell for over 25 years.

“It feels foreign and awkward. It’s weird, being alone,” Arroyo says. He prides himself on never having been thrown in the hole (solitary confinement), even after a quarter of a century. He has a monk’s calmness and the decades-long foresight of what Mumia calls a “long-distance revolutionary.” Being alone, he thinks about solitary confinement and the effect it has on prisoners.

“My wall is barren now. And I don’t have any tape to put the stuff back up. But that’s okay. Because I’m getting out of here, too. Slowly but surely.”