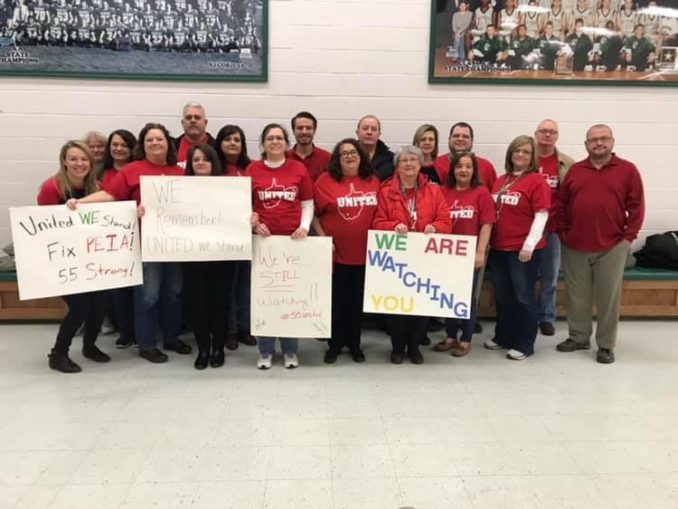 Jan. 10 — One year after the nine-day work stoppage in West Virginia that paved the way for education worker walkouts in other states, teachers and support staff in that state are once again starting to take action. On Jan. 9 — the same day coal baron Gov. Jim Justice delivered his so-called “State of the State” address, which is also the first day of the state’s 2019 legislative session — school workers in several locations throughout the state conducted an informational walk-in.

As a unified way to show solidarity, participants wore red and held signs that expressed concerns for public education. Some brought back the slogans #55Strong and #55United, referring to all 55 West Virginia counties whose  schools were closed during the unified 2018 education worker strike.

Some signs featured messages of support to the majority Black and Latinx educators in the Los Angeles school district, who are facing their own battle against greedy administration.

The purpose of the walk-in was to show the billionaire governor and his right-wing-led legislature that teachers and staff are still united across the state. One high school social studies teacher told Workers World, “This is a perfect opportunity to educate the public on what is going on and why we are still not happy. We also want the governor and the legislature to know we are watching them closely this year.”

In his address, Justice gave superficial lip-service to teachers and to “improving” the state’s education system. He even showed a prerecorded video of Shaquille O’Neal talking about “communities in schools.” And Gov. Justice mentioned another 5 percent raise for all public employees. 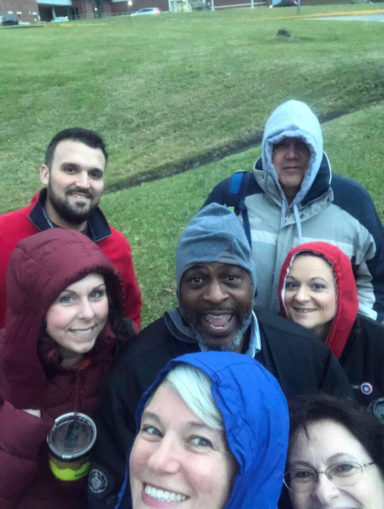 But the governor is still refusing to offer long-term solutions to fully fund state and education workers’ health insurance through the Public Employees Insurance Agency. He promised to provide $150 million toward PEIA, but that will not be a permanent solution; it will only temporarily keep premiums from increasing.

The governor’s proposals still have to pass the legislature, which is even more hostile toward public employees than he is. Justice also opposed suggestions about expanding coverage made by the PEIA Task Force, which was created shortly after the nine-day walkout.

For most people who stood on picket lines in frigid temperatures last year, the cost for PEIA was their number one concern.  Premiums have been increasing to the point where people are quitting the teaching profession and leaving the state on a larger scale than anywhere else in the country.

Last year, most people involved in the strike suggested that the legislature help fund PEIA by passing an increase in the severance tax on natural gas.  The governor and most legislators of both parties have financial ties to energy resource extraction industries.

Education workers also know that the state’s pro-Trump, Republican-led Senate and House are preparing to bring back anti-union bills defeated during the strike. These bills include promoting charter schools, offering school vouchers for students attending them, and stripping away seniority rights and elimination of payroll deductions for union dues. 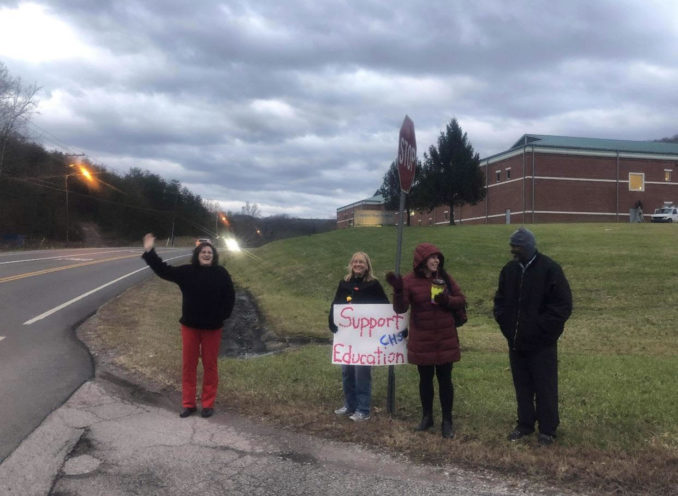 New enemy in the struggle

During last year’s walkout, the two people who were hated the most were Gov. Jim Justice and Senate President Mitch Carmichael.  Carmichael is a former CEO of Frontier Communications, whose workers went on strike at the end of the education workers’ strike.

In early December of 2018, Carmichael personally appointed Sen. Patricia Rucker to become chair of the Senate Education Committee, replacing a more “moderate” Republican who actually had a background in public education. Union leaders immediately spoke out in disgust and concern.  Rucker is an open proponent of homeschooling, charter schools and “faith”-based curriculum. She is also an ardent opponent of vaccinations and a denier of global climate change.

Born Patricia Elena Puertas in Caracas, Venezuela, Rucker grew up in Montgomery County, Md. She spent most of her political career serving the interests of white male supremacy in spite of her Latinx heritage.  She was an active member of the racist Tea Party movement in 2008. She and her family moved to Jefferson County, W.V., to — in her own words — be “refugees from socialist Montgomery County.” (The Federalist, Feb. 14, 2017)

In addition to being anti-union and anti-public education, Rucker is actively anti-communist. Despite having nothing but animosity toward the Bolivarian Revolution, she still travels to Venezuela every couple of years and is an open sympathizer with the violent right-wing opposition.

As a traditional Catholic who refuses to acknowledge the current papacy, Rucker is closely affiliated with anti-choice extremists and loosely associated with the anti-Semitic “Radical Traditionalist Catholic” movement.  As the new chair of the Senate Education Committee, Rucker will have enormous authority about the direction of legislation regarding public education. 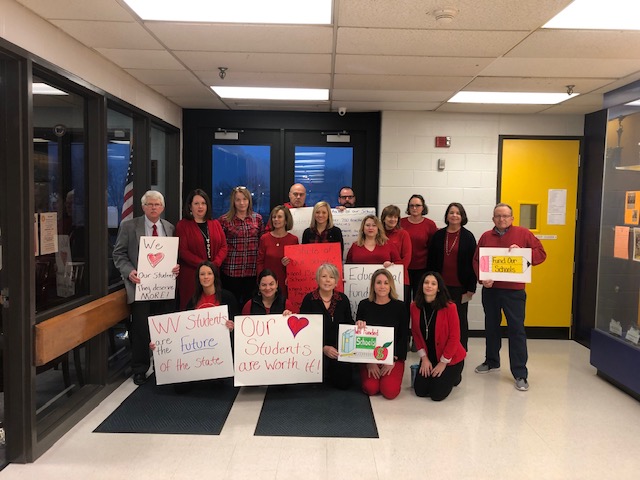 The Jan. 10 walk-ins were organized by rank-and-file activist members of the American Federation of Teachers-WV, West Virginia Education Association and the West Virginia Service Personnel Association, which call themselves the United Caucus. Walk-ins did not occur at every school, but in places where they did not, the staff wore red.  While state union leaders did not initiate the walk-ins, they all expressed support for their members.