Spearheaded by a struggle of fast food workers that began more than six years ago, New York City has finally put into practice a $15-an-hour minimum wage.

“Fifteen dollars an hour is catching on everywhere,” commented Jorel Ware, a McDonald’s worker from New York and member of Fight for $15. “When we first went on strike in New York in 2012, people said we had no chance, but we are showing the whole country that when workers stick together, there’s no such thing as impossible.” 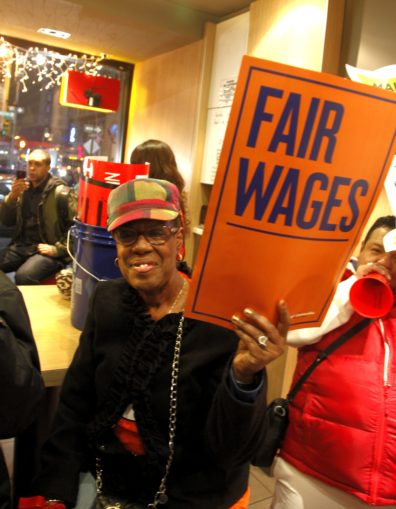 When their struggle began, fast food and other low-paid workers in the city were getting only $7.25 an hour — if that. Since then, the cost of living in the city has soared, led by skyrocketing rents. Earning $15 an hour is a big improvement, but it still falls far short of what workers in this city need to have a stable existence.

This struggle has been led mainly by Black and Latinx workers, a majority of them women, with the help of the Service Employees union. These very oppressed workers have helped lift up all those who are low paid and in so doing are forging multinational unity, at a time when the government and the ruling class are trying every racist, sexist, anti-immigrant trick in the book to divide workers.