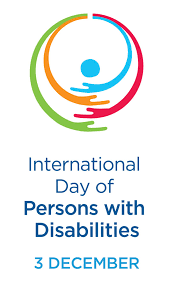 New York – For the fourth consecutive year, the People’s Power Assemblies organized a rally to commemorate the International Day of Persons with Disabilities with the support of the People’s MTA, Black Lives Matter,  Shut It Down and Workers World Party.

This year’s Dec. 3 protest targeted the recently renovated 23rd Street and 6th Avenue subway station. There the Metropolitan Transit Authority has continued its “tradition” of spending money on cosmetic renovations, such as adding artwork in stations, without spending a penny on accessibility for desperately needed elevators and more “economical” use of wheelchair ramps.

People’s Power Assemblies signs at the rally and posted inside the station included: “This Newly Renovated Station Has NO ELEVATORS!”  “We Demand All Station Renovations Must Have ELEVATORS!” and “HALF OF ALL PEOPLE KILLED BY POLICE HAVE A DISABILITY, END RACIST POLICE TERROR.”

The PPA distributed a flyer at the protest about the widespread killing of disabled people by police in the U.S.: “Jeremy McDole, a paraplegic man, was murdered by police, Sept. 23, 2015; … Magdiel Sanchez, killed Sept. 19, 2017, was deaf; Eric Garner, who had medical disabilities, was murdered July 17, 2014; Chinedu Valentine Okobi, 36; Jontell Reedom, 27; Shukri Said, 36; Danny Ray Thomas, 34; Saheed Vassell, 34 — all had mental disabilities, and all were executed by the police.”

Another country currently violating the rights of disabled people is Israel. According to Mondoweiss.net, Israel supposedly commemorated the Dec. 3 International Day of Persons with Disabilities promising greater “integration” of the country’s 1.5 million disabled citizens. On the same day, Israeli forces shot and killed a disabled Palestinian man, Muhammad Ihbali.

Ihbali’s killing occurred in the northern occupied West Bank city of Tulkarem, near the coffee shop where the 22-year-old worked. Videos published on social media show the unarmed Ihbali walking, his back turned to soldiers, when he suddenly falls down face first onto the pavement. His family, who says he had a mental disability, told the Middle East Eye that he was shot in the head and died shortly after arrival at the hospital. Ihbali was one of at least five Palestinians with mental or physical disabilities killed by Israel over the past year. (tinyurl.com/yanop75t)

Human rights groups have accused Israeli forces of intentionally disabling Palestinian youth by shooting them in the knees. Since April nearly 70 Palestinians in Gaza have had one or both their legs amputated and face little hope of acquiring prosthetic limbs, which are too expensive for the average Gazan family. (tinyurl.com/yataldfp)

In fact Israel and U.S. cops have something else in common — the use of hollow-point, dum-dum or expanding exploding bullets designed to maim, permanently disable or be a more certain “quick kill.”

The New York Police Department has sadistically used these bullets since 1998 in violation of international law in warfare, based on the Declaration of St. Petersburg of 1868 and the Hague Convention of 1899. The Pentagon actually maintains that the use of expanding bullets can be legal when there is a clear “military necessity,” and it has sabotaged restrictions on their use in the Geneva Convention protocols.

Black Lives Matter and Shut It Down speakers also alerted the Dec. 3 crowd to the epidemic of U.S. police murders of disabled people of color. Participants held and read aloud signs telling the story of the police killing of Deborah Danner, a 66-year-old African-American woman, fatally shot by NYPD Sgt. Hugh Barry on Oct. 18, 2016, in her home in the Bronx.

According to police sources, Danner was armed first with a pair of scissors and then a baseball bat. But according to court testimony by Brittney Mullings, an emergency medical technician, Danner had put down the scissors and was not holding anything in her hands.

Mullings had arrived first at the apartment and explained to Danner why the cops had come. The police interrupted their conversation, Danner retreated into her bedroom and six police officers followed her. A minute later, Mullings heard two shots.

Danner had a mental illness diagnosis and had written an inspiring 2012 essay about her disability, “Living With Schizophrenia.”

‘Accessibility is a right!’

The People’s Power Assemblies flier stated: “Only 20 percent of New York City’s MTA transit system is accessible for riders who are disabled. That’s 94 out of 472 subway stops. Just imagine if the MTA closed 378 (80 percent) of its stations, and you are only able to use 94. We demand elevators now.”

MTA’s current fare-hike proposal discriminates against disabled people. According to the Nov. 25 NY Daily News, “Commuters with disabilities may get socked with a fare increase that’s twice what able-bodied MetroCard users would pay under an MTA fare hike proposal.”

Access-A-Ride fares could rise 25 cents to $3, a 9.1 percent jump, note accessibility advocates. Most other commuters would see hikes of around 4 percent. The fare hikes “would negatively and disproportionately harm people with disabilities who use New York City’s Access-A-Ride system,” according to a letter from 11 directors of advocacy organizations sent to Gov. Cuomo and Mayor de Blasio.”

At the rally,  a wheelchair-user and spokesperson for the People’s MTA  described her struggle to get aboard most trains, as the floor of a subway car is often 4 inches higher than the platform. Other speakers explained how a job interviewer may often assume a person who cannot see is incapable of performing basic tasks. But they don’t realize that a visually impaired person could create a flawless resume or dress appropriately when such a person sits right before them.

The Chelsea rush hour crowd responded to the rally with support and solidarity; some even joined and assisted in handing out leaflets and holding signs. One passerby, a teacher of blind people, promised to attend future PPA meetings to help its disability rights work.

In solidarity, it is the duty of all who claim to advocate for justice, human rights, solidarity with workers on the job and liberation of oppressed peoples to include people with disabilities in their actions and in the great slogan of the labor movement: “An Injury to One Is an Injury to All.”