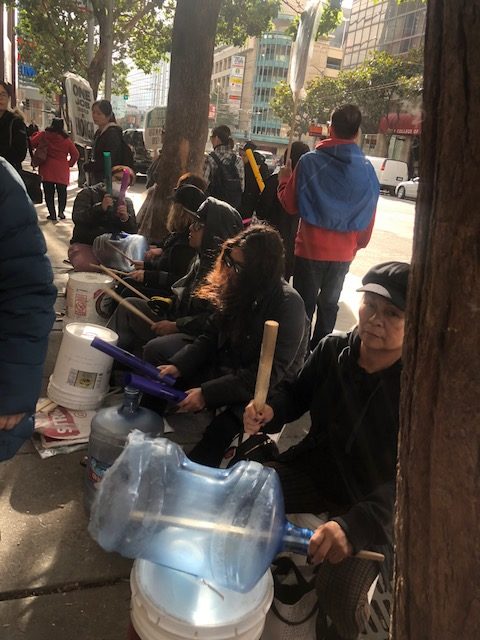 On Nov. 22 — a national holiday, which many have as a paid day off or get with increased holiday pay — the striking Marriott Hotel workers were out on the picket line in San Francisco. It was their seventh week without a paycheck.

The workers are strong and determined to win what they deserve in the most expensive city in the U.S. The website of their union, UNITE HERE, asserts, “We’re united in the face of insulting economic proposals from Marriott and more resolved than ever that One Job Should Be Enough.” Some 5,200 hotel workers are still on strike between San Francisco and Hawaii.

Story and photos by Shane Hoff