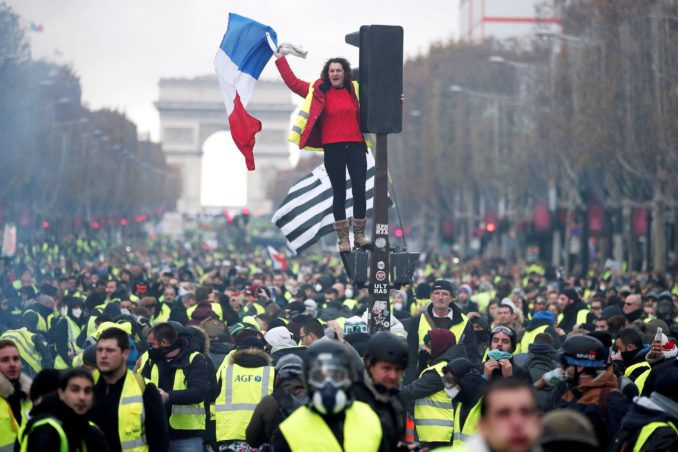 Today, the second big day of action of the “yellow vests,” a week after the first, brought out thousands of people to demonstrate on the Champs Elysées in Paris, the capital. With burning barricades about 100 yards from the presidential palace, the main demand today was for President Emmanuel Macron to resign.

The anger of the crowd was palpable, and not just in words. The government brought in 3,000 cops, gendarmes and special CRS riot police. Word was that 40 CRS companies were ordered out against the demonstrators. They kept the crowds away from government offices only by using water cannons and tear gas.

In addition to the capital, there were thousands of other blockades in all parts of France, encompassing hundreds of thousands of people. This is truly a popular movement with participants from all sectors of the population: workers, unemployed, youths from the inner cities, and even supervisors and small business people. They all say they don’t have enough money to make it to the end of the month and pay their bills.