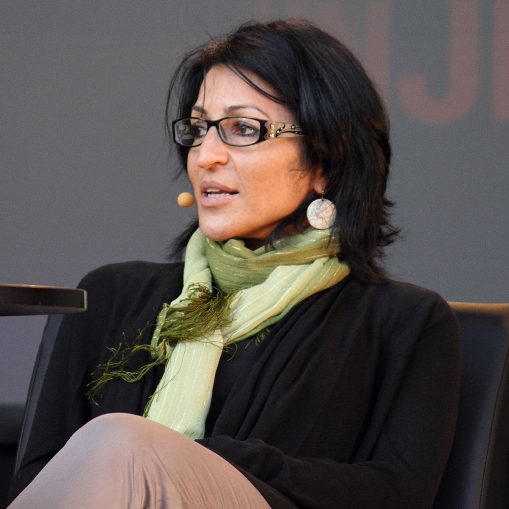 This is an urgent and time-sensitive situation. Please sign and share widely among your networks to ensure Susan’s immediate and unconditional release from Israeli detention!

Susan Abulhawa, the Palestinian novelist, has been denied entry at Tel Aviv Airport on her way to the Kalimat Palestinian Literature Festival sponsored in part by the British Council. Despite the help of a lawyer from the British Council, the US Embassy and the festival organizers who have been on hand to assist, she was been detained by border forces upon her arrival.

She is one of the most commercially successful Arab authors of all time. Abulhawa’s 2010 debut novel Mornings in Jenin, a multigenerational family epic spanning five countries and more than sixty years, looks unflinchingly at the Palestinian question – and became an international bestseller translated into twenty-eight languages. Susan was also a juror among a panel of internationally recognized human rights activists at the recent International People’s Tribunal on US Colonial Crimes in Puerto Rico.

At this point, Susan is in detention awaiting a judicial decision regarding her appeal to allow her entry. Festival organizers and the British Council have stated that her participation is a cornerstone of the festival and very much needed.

Below is the contact info for the US Embassy of Israel to ask that she be allowed entry to participate. (https://www.science.co.il/Embassy.php)

In addition to signing this petition, please contact these US officials to demand they assist in assuring Abulhawa’s speedy release and permission to travel to the festival.

David Friedman, US Ambassdor to Israel