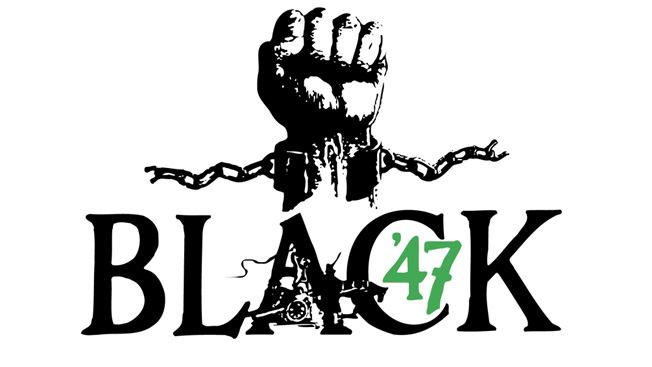 The film “Black ’47” is a dramatization of the ethnic cleansing of Ireland that resulted from the brutally oppressive conditions of British occupation and extraction: An Gorta Mór (the Great Hunger) or, as it is more often known, the Irish Famine.

The title refers to the height of this atrocity in 1847. Spanning 1845 to 1851, British imperialist policies and practices caused the death of 1 million Irish and the emigration of another 1.5 million to North America and Britain. While the impact of this event on the trajectory of modern Ireland is undeniable, the dominance of British revisionism on both sides of the Atlantic has created the widespread belief that this disaster was natural or unavoidable.

In fact, as “Black ’47” shows, it was brought on and exacerbated by British imperialism and absentee landlordism.

The story follows an Irishman — Martin Feeney (played by James Frecheville) — from Connemara in the west of Ireland who deserts from the British army. He returns home to find that his mother has died from starvation, and his brother has been hanged for fighting the eviction of their starving family.

Initially, Feeney plans to emigrate to the U.S. with his brother’s widow and her children. However, they are evicted from their home, Feeney’s nephew is shot and Feeney is brought in for interrogation. He manages to break free, thereby alerting British forces of his presence.

Returning to the roofless remnants of the house (a common tactic that forced the Irish out of their homes and off their land), he discovers the frozen bodies of his brother’s widow and her child huddled in the corner. Rather than go to the U.S., he resolves to exact revenge on the judge, rent collector, land agent and landlord responsible for the deaths of his loved ones.

The ways in which he goes about this convey a fervently anti-imperialist sense of justice and retribution. Officer Hannah (played by Hugo Weaving), a former British soldier who joins the Royal Irish Constabulary — the ruthless colonial police force — is brought in to catch and bring Feeney “to justice.” Hannah is well aware of Feeney’s military skills, as they were deployed in Afghanistan together.

When Feeney and Hannah come face to face, the film shows the contradictions of being subjected to British imperialism in Ireland and then “taking the king’s shilling” to enforce British imperialism in Afghanistan. Addressing Hannah, Feeney states: “We did things for them that cannot be forgiven. And for what? When I come home to this. I kill a man, they call it murder. If they do it, they call it war, providence, justice. Where will my family get their justice, if not from me?”

In this instance, Feeney reveals international class consciousness and liberational resolve against the brutal and hypocritical British Empire.

In stark contrast to Feeney’s remorse and desire for justice is Lord Kilmichael — an absentee landlord who extracts rent in the form of grain and evicts starving tenants unable to pay like Feeney’s family. Addressing Hannah and his partner, Lord Kilmichael speaks bluntly of British intentions to ethnically cleanse Ireland. He claims that driving the native inhabitants from their land is the only way to salvage his property (to increase profitability).

Nothing ‘natural’ about the famine

Despite the narrative dominant in most history books and other accounts that suggests the potato blight, which was not limited to Ireland, was to blame for the mass death of 1 million Irish people, there was nothing natural about the Great Hunger. Rather, it was part of the steep cost of imperialism that the subjected are forced to pay — the cost of a system of global dispossession.

The widespread dependence on potatoes is itself reflective of this fact. While many people had to rely on potatoes for their diet, potatoes accounted for only 20 percent of Ireland’s agricultural produce. Crops such as corn were also grown, but mainly to pay British-backed landlords or for export to British markets. Ireland exported some 430,000 tons of grain from 1846 to 1847 alone, mostly from the most heavily impacted areas of the famine. (Christine Kinealy, “The Great Irish Famine: Impact, Ideology, and Rebellion”)

As the film shows in grim detail, this process of extraction meant taking at gunpoint what little the Irish had to eat. In refusing to provide adequate relief, many British liberals claimed interfering would only encourage what they saw as an “inferior” Irish character — which they blamed for the crisis — and impede the supposedly free market, which was in fact kept in place by the British courts and military.

Prior to “Black ’47,” no film had portrayed the horrors of this historical event. The film’s value lies partly in its ability to communicate an explicit anti-imperialist message and to cast historical clarity on an atrocity that has long been covered up by British revisionism.